Hunting down Helen: or, how to divest a Cartesian of her disguise

Helen Kinnaird. Recognise that name? I did: Mrs Shimmering Black, the strong woman, in The Earl and the Girl (1903), with the remnants of the once D'Oyly Carte company 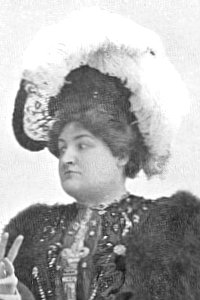 Yes, a 'heavy lady', whether in drama, comedy or musical theatre. For, during her oddly segmented career, between 1885-1897, she played all three, on British, American and Australian stages.

Shall we briefly look at the career before I get on the the cliff-hanging, breath-bating story of my 36-hour quest for her identity?

She first appeared in the theatre in 1885, as a member of the D'Oyly Carte touring companies. Perhaps she was in the chorus originally, but I see her only, in May, playing the Fairy Queen in Iolanthe. Millie Vere, soon to be a longterm lead contralto played Iolanthe. Apparently, deeper than Helen you didn't go. But she didn't stay a Cartesian for long. She accepted a role in a loose-limbed variety musical named Capers, meant to star American soubrette, Bertie Crawford, and written by her husband, Richard Stahl. Capers was a flop de ridicule, the Stahls flounced back to America, and Helen turned to an antidote: the serious drama. Apparently under the tutelage of Hermann Vezin, she appeared with him and a Mr Beerbohm Tree in the attempt to set up a Greek (Ancient) Theatre in London. She was cast in the important role of the Leader of the Chorus in Helena in Troas (April 1886) for the time the experiment lasted. She plated in a showcase matinee of Old Sinners at the Gaiety, then went on the road playing the role of Miss Dyott, the headmistress, in Pinero's The Schoolmistress. In 1887, I spot her with the stock company at South Shields, playing Galatea in Gilbert's Pygmalion and Galatea, and at the Theatre Royal, Birmingham as King Gold in Goody Two Shoes, praised not for the first time, and definitely not for the last, for 'her superb stage presence'. In 1888, she played Lady Blair in the tryout of Mark Melford's Kleptomania, alongside W H Denny, Robert Courtneidge and William Lugg in a matinee of The Deputy Registrar, and brought out her contralto tones once more to play Cattarina in the vanBiene/Lingard tour of Pepita (La Princesse des Canaris).

In 1889, she was engaged to go to Australia. Billy Elton was starring there, which is how I lit on Helen to investigate. When he played his great role of the deaf boatman in The Guv'nor, Helen was Aurelia Butterscotch, when he played Perkyn Middlewick in Our Boys, she was Clarissa Champneys, when Janet Achurch starred in Two Nights in Rome she was Madame Sylvia de Montalant. You don't have to know the plays, to know by the character names what Helen's roles were like! At some stage (I must look it up) Billy and Helen appeared in Pepita, as well. 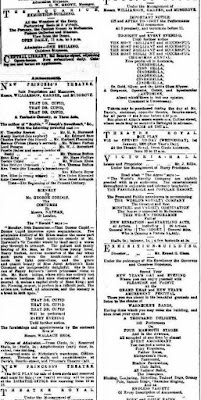 Then Mrs James Brown Potter arrived in town, under the Garner management, and Helen was put to playing support to the lady: Olimpe to her Camille, Madame Deschapelles to her Lady of Lyons, The Queen of Naples ('all massiveness and mouth') to her La Tosca, Aurelia to her Mdlle de Bressière, Mrs Rumbelow in David Garrick, Blanche d'Ereau in Our Bitterest Foe, Lady Capulet in Romeo and Juliet. And it is said that it was this last that caused trouble. I haven't found the notice, but apparently one paper said that Juliet was less attractive than her mother ... and Mrs Potter, already sullen over her critical and social reception, popped her cork. Helen was out. 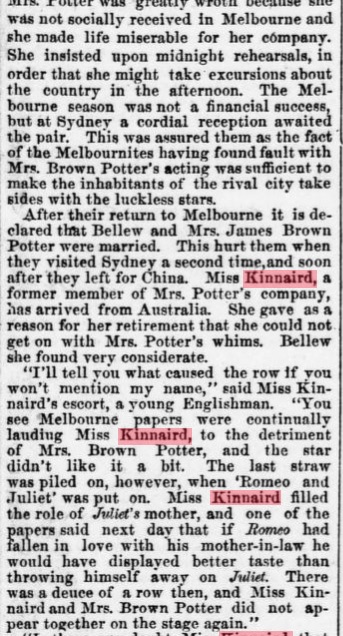 So, she gallivanted off to New Zealand, supporting the less temperamental Janet Achurch, before returning to play another Australian season (Mrs Foley in Forget-me-Not, Masks and Faces, Kitty Clive in Devil's Carefoot, Elinor Rivers in Back from the Dead, Mrs Sternhold in Still Waters Run Deep &c) before, 13 July 1891 she took the Alameda to San Francisco. She played her first American season with John Stetson at the Boston Globe with venture into New York (Caroline Ricketts in Imagination, Lady Downe in The Crust of Society &c) and, after a brief trip back to England, returned to join Daniel Frohman (Americans Abroad, The Guardsman, Mrs Rennick in The New Boy &c). And then, after five years working in the colonies, she returned home. 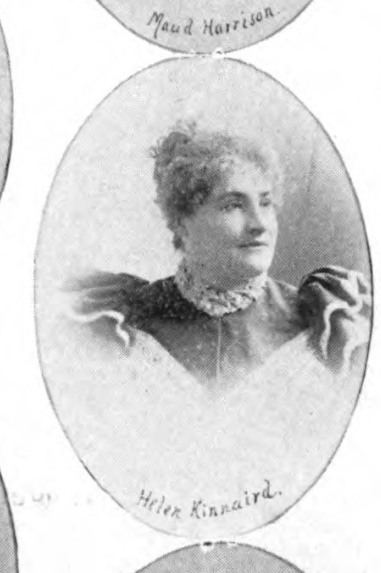 In the next couple of years she played in The New Boy (1895) at the Vaudeville Theatre, took over as the booming Mrs Honeycombe in the hit musical The Gay Parisienne (1896) and was hired by Henry Irving to play the Queen in his Cymbeline ... then, April 1898, all went quiet. Her regular ads in the theatre press ceased and ...

Well, Helen hadn't entirely renounced the theatre, but she had renounced, it seems, travelling. She settled in Paddington with her mother ... and then, in 1903, returned to the stage as Mrs Shimmering Black. She made a veritable popular success in the role, and later went on the halls with an act based on the character. She later, after mother's death,  played a similar role in My Darling with Mr and Mrs Seymour Hicks but, some the 1911 census she is listed as a dealer in millinery and costumes. Fair enough. But that 1911 census entry proved a bloody mirage. Nearly everything in it, my first bit of documentary Helen, was a lie.

She did venture again on to the stage. Umpteen years on she was Mrs O'Dare in London's Irene, and umpteener years on she was, at 70 years of age, Renée de Montigny in The Vagabond King ...

A pretty good career, from D'Oyly Carte to Henry Irving to ...

But. Who was she? 'Helen Kinnaird' was swiftly revealed as a stage name. My only initial clue was that 1911 census, which she filled in as 'Helen Kinnaird' and truthfully (as it turned out) gave her birthplace as 'London' and her age as '55'. So, why did she say she had been married for 18 years and had no children? But it sent me off on a mirage hunt ..

Next document, her will. In which she kindly informed me that she was Alice [Mary?] Dempsey otherwise Helen Kinnaird. Eeeeeeasy. Flick to 1893 ... Alice Mary Buss married Dempsey .... and what? Had four children before her husband died aged 29? Is this toyboy time? Something is rotten in the state of Islington ..  and Mrs ex-Buss (b 1871) died in Canada in 1923. OK. Where to find the lies? Alice, where art thou?

So. Go searching for ANY Alice who married a Dempsey ... here's one in C81. Age is right, husband a physician. But she has a son. Search some more (I'm shrinking the time taken and the bottles consumed during this search). I keep coming back to the physician. Meldon Joseph Dempsey. But ... a son, then a daughter, and oh! Dr Dempsey died at the age 34, on 29 February 1884. Leap year. And in 1885 Mrs Dempsey goes on the stage! Yes. That's she.

'Helen' was born Alice BORN. the daughter of German merchant Georg Theodore Born, who had emigrated to England in 1851, and his wife Emeline Mary née Fernell (d 7 Warrington Gardens 16 April 1905). All proven, because Helen Kinnaird gives her address in the early 1900s at exactly that address. Father bankrupted in 1875 and seemingly departed.

What about 'no children'? Oh  no! She married Dr Dempsey in 1879, and subsequently gave birth to John Meldon Dempsey (2 November 1879) and Gladys Mary Dempsey (15 February 1882), both of whom I have followed up ... and which confirm Helen's identity. Mrs Gladys Mary Hardwicke (née Dempsey) was the executor of her mother's tiny will...

All sounds easy, put like that, yes? But it took a long time squeezing out ...

Now going in search of more pix of the 'stately' Helen. But, phew, now at least, she is identified!

Posted by GEROLSTEIN at 2:37 AM