The Rival Queens, or, an operatic Twelve out of ten

Reviewing a season of opera is a bit like judging a singing contest. If you give too many 8s and 9s at the beginning, what do you do if something superb turns up at the end, when you’ve used up a whole lot of your best adjectives and superlatives. 12 out of 10?
Then Maria Stuarda at the Deutsche Oper, tonight, gets a twelve out of ten from me.

The opera itself is done more nowadays than it was in the 19th century, in various versions. I don’t know which this was. But it seemed like a pretty tidy arrangement of the largely fictional tale of the two historical British queens. A pro-Catholic version (ie Mary heroine, Elizabeth baddie), of course. Act I was fine: Act II goes on ten minutes too long. You wanted to say ‘off with her head’ after that lovely chorale and solo … but librettist(s) and star (originally Malibran) hadn’t finished their display yet. Even if the music was totally lovely, it was pulling the denouement out that bit too much.

Last night’s performance was a concert version. I like the concert format, especially for operas like this one, which are all talk and not much action. Scenery and costumes of the suitable variety would have only added an ounce of atmosphere, but direction could have been intrusive: the singers tonight added sufficient interaction to make the tale a dramatically viable and interesting one.

The usual disadvantages of a concert – those wretched scores and music stands, and the trotting on and off of the comprimarii – were much less in evidence tonight, but still interfered a bit. Episodes such as Talbot plonking down his score upside down and attracting all eyes while he righted it, or Elizabeth frantically turning pages in Act 2, were rather distracting. But all in all, it worked splendidly. The ladies were dressed and coiffed ideally, the men soberly (although the tenor’s clothes didn’t quite seem to fit), and everybody comported themselves and interacted most pleasingly: yes, long live the concert opera.

I can see why Malibran wanted to play Maria Stuarda: the title role is a musical and dramatic treat, a must-have role for a magnetic leading mezzo-to-soprano lady. But that doesn’t mean that the other roles are insignificant. Far from it. In fact, to make this opera work best, like any other Mary and Elizabeth piece, the two women need to be worthy of their battle. I remember Eileen Atkins and Sarah Miles sparring dazzlingly in a Robert Bolt play … 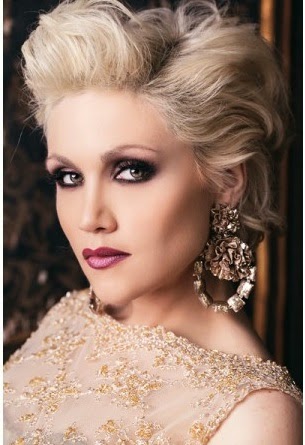 Well, Donizetti and Co give Elizabeth plenty of chances, before she gets shuffled off stage in those last superfluous starry scenes, and tonight Carmen Giannattasio took magnificent advantage of them, singing Elizabeth’s music with rich, florid drama, and playing with real force and fire.
But she had to, or like Malibran’s partner, the insufficient Giacinta Puzzi, she would have had no confrontation, no chance, but would have been snuffed from the stage by her rival.
For her rival, her Mary, was Joyce di Donato. 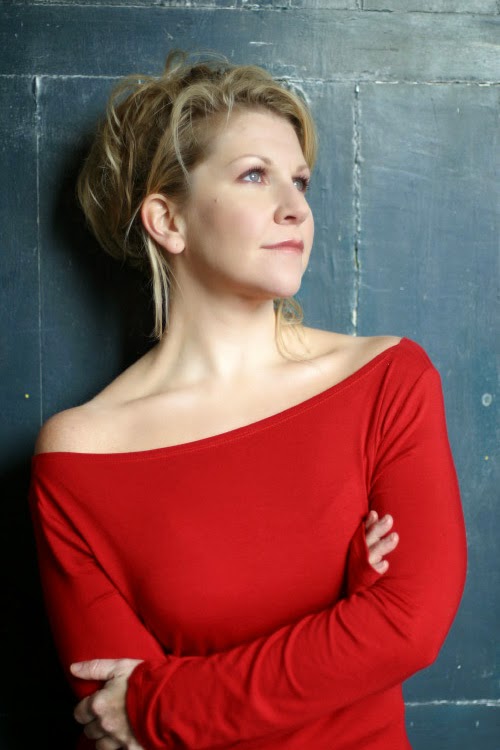 Now, because of geography, money and etcetera, I have not seen many ‘greats’ of the operatic stage, live and in their prime. Well, I’ve seen one now. I’m not going to presume to describe the glorious di Donato voice: I imagine that’s what Malibran sounded like. I’ll just say that here was quasi-perfection, each phrase and note, pianissimo to fortissimo, curled into the next. The thought flashed through my mind ‘she must have sung/practised that a thousand times to get it so magnificently right’. I, of course, wasn’t alone: the audience burst into apocalyptic applause after her first aria and stayed thereafter in a state of ferment which only calmed a touch in those last excessive minutes. O, what a performance. What a voice. What a woman!

The male characters – all substantial roles – were well sung too. The tenorious music goes to the Earl of Leicester played by the tall and buxom Joseph Calleja with much earnestness and, especially in the later parts, some thrilling singing. If I wished his suicide attempt in Act 3 had succeeded, it was only because he helped to string out those last unwanted minutes. 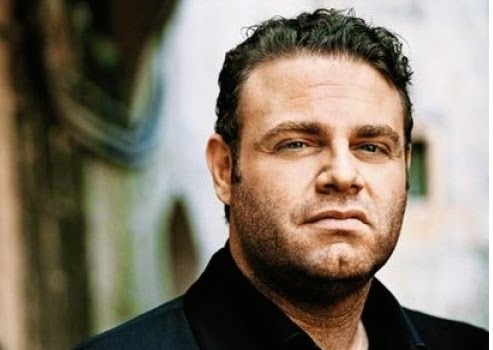 Davide Luciano was the ‘villainous’ Cecil – whom the English are used to seeing depicted as a wise counsellor! – and played and sang ideally, being invaluable in the ensembles, and Marko Mimica was his opposite number, the Catholic Talbot, playing his big scene with great delicacy.
Christina Sidak sang Anna (who takes the soprano line when Elizabeth isn’t there) with real sympathy, and William Spaulding’s chorus had their best night of the season. That last act chorale was – in spite of all the magnificent solo showpieces – my favourite musical moment of the night.

The evening came to an end amid a snowstorm of cheers and applause, and a couple of incomprehensible boos for the sympathetic conductor (Paolo Arrivabeni).

Germans and opera (and especially ballet) folk always take one or two calls too many ... but I don’t know how many there were tonight. I left for my train after umpteen …
And thought, all the way across Berlin: ‘can one give twelve out of ten?”. Well, I’m doing it, anyway.