Jenny the contralto or, the fiddler's bride

Mezzo-soprano Jenny Pratt had a variegated career, which ebbed and flowed for over thirty years, during which she changed name no less than five times.

Jenny was born Jane Mary Ann Pratt, the daughter of Thomas Fenwick Pratt (d 12 May 1871), a printer-compositor from Gibraltar, and dressmaker Mary Ann Bright née Fairney (b London 23 March 1825; d White Hall Park 28 July 1898), a jeweller’s daughter from a large London family. She was born sometime in 1846, and christened 25 October, which was apparently somewhat too close to her parents’ wedding date.

I don’t see any connection between the family and music, except that a Mr Henry Nelson who was ephemerally ‘secretary of the Italian opera’ is the Pratt’s house-guest in the 1861 census, but, soon after that, Jenny was enrolled in Dr Wylde’s new London Academy of Music. The St James’s Hall-based Academy had already produced its first ‘star’ pupil in ‘Mr Renwick’, and it seemed as if Miss Pratt – under the tutelage of Gustave Garcia -- might be the next. She was awarded the Academy’s first prize in singing in 1865 – ahead of Blanche Cole, Dove Dolby, Fanny Holland and Francis Gaynar – and shown off at the 1866 pupils’ concert in ‘Una voce poco fa’ and the Tancredi duet with Miss Dolby, with her laurels intact.

On 24 June 1867, Miss Jenny Pratt made her first public appearance, and it was at St James’s Hall, at the most fashionable concert of the season, that of Julius Benedict, on the most starry bill of the year including artists from Titiens, Dolby and Nilsson to Mongini, Santley and Reeves. Why? How? But Benedict would invite little Miss Pratt to his mighty concerts for a number of years. It can’t have been just because she sang his ‘By the sad sea waves’ so nicely. 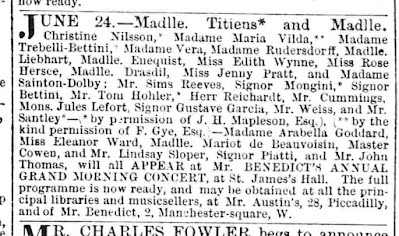 She sang at Kate Gordon’s concert (‘a Rossini aria with taste and judgement’), and did the rounds of the spa towns and resorts, before on 7 December making a debut at the Crystal Palace, singing ‘Fanciulle che il core’ and Edward Silas’s version of Longfellow’s ‘The Curfew’, alongside Edith Wynne and Nelson Varley.

With the new year, Jenny Pratt made another first appearance, on the bill of the fifth of the season’s Boosey Ballad Concerts, singing the contralto favourites ‘The Lady of the Lea’ and ‘The Storm’ on a bill where the other contralto was Mme Sainton-Dolby.

During 1868, she appeared at the Crystal Palace, the Schubert Society, St James’s Hall, the Beethoven Rooms, with Mme Lemmens-Sherrington in the provinces, at Mr Austin’s concerts and at St George’s Hall, almost always purveying ‘The Lady of the Lea’, ‘Il Segreto’, ‘By the Sad Sea Waves’ or Benedict’s ‘Rock me to sleep’.

When Charles Goffrie’s Lujza Liebhart concerts at the Agricultural Hall began in September, Miss Pratt was on several of the programmes (‘By the sad sea waves’, ‘The Minstrel Boy’, ‘Ben e ridicolo’). The other contralto was the unknown Sofia Scalchi ‘from Bologna’. The conductor, Julius Benedict.

In 1869, she can be seen at the concert of the harpist J Balsir Chatterton singing a song written by that gentleman’s son, T Davenport Chatterton (‘My soul is dark’), at the Glasgow Saturday Evening concerts, at the Holborn Amphitheatre giving the Stabat Mater alongside a lecture, at concerts of Austin, Miss Clinton Fynes, L S Palmer and Benedict, but when she returned to Glasgow, in early 1870, it was in a different capacity and under a different name. She was Mdlle Prati.

She had become Italianised, because she had been hired as a minor member of the Covent Garden Italian Opera Company alongside Mademoiselles Madigan, O’Brien, Clinton, Schofield, Bailey et al. Both she and Mlle Madigan were billed with the principals, but the only role I can see Jenny playing during the season is Third Boy in Il flauto magico. The company continued to Liverpool and to London, and Jenny remained a member, although rarely seen. 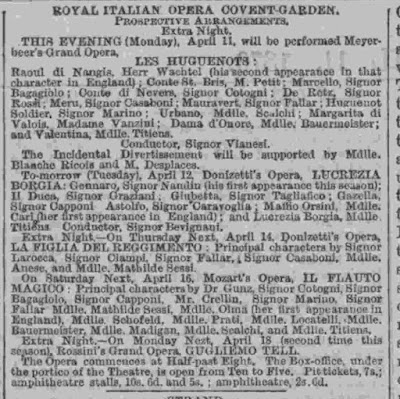 In 1871, she was back being ‘Jenny Pratt’ once more ‘a capital mezzo-soprano’ or ‘an exceedingly good contralto’ or ‘a clear and powerful contralto’ in the occasional London concert, and many more at the seaside resorts which she seemed to favour. Margate voted her ‘one of the best singers we remember to have heard at the Hall by the Sea’. Margate would remain a regular date.

In the autumn she took part in Rivière’s Covent Garden Proms (including Elijah), in November she visited Belfast for the Monday Pops, and December she was seen singing the Stabat Mater and the Sundays for the People. In early 1872 she returned to the Boosey Ballad concerts (‘The Skipper and his Boy’, ‘The Green Trees Whispered’) and later fulfilled a season at the Surrey Gardens.

But, in June 1872, she stepped back into being ‘Mdlle Prati’ for a little while, to play the role of Martha opposite Hervé in Doctor Faust (Le Petit Faust) at Holborn. A critic who was clearly out of sympathy with opéra-bouffe disliked the whole show and found ‘the only trace of refined acting or pretty singing is in Mdlle Prati’s performance of Martha’. Which would mean she didn’t play the grotesque Martha as the authors intended. The show – with Mrs Paul replacing Hervé – didn’t last long, and she was soon back at Margate (‘a special favourite here’) giving her ‘Minstrel Boy’, ‘Cherry Ripe’, ‘Charley is my darlin’’ and ‘Love was once a little boy’. 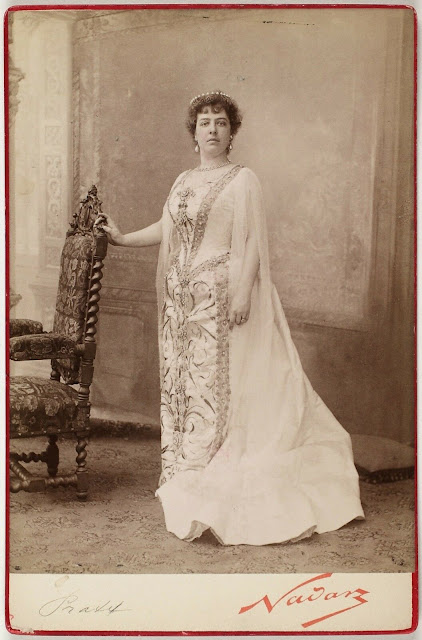 In 1873-4, once more, she alternated the seaside, the Boosey Ballad Concerts, the Sunday concerts (Stabat Mater, Jephtha, Judas Maccabeus, St Paul, Elijah) and the Covent Garden Promenade Concerts, where she played Grimwald, the page, in the first performance of Meyer Lutz’s The Legend of the Lys with Constance Loseby, J H Pearson and Furneaux Cook. At Tunbridge Wells, she turned to the politer form of operetta when she played in Randegger’s The Rival Beauties.

‘Politer’ theatre did not last long. In September 1874, Miss Pratt opened at the Philharmonic Theatre, Islington, in the first English-language production of Giroflé-Girofla, starring Julia Mathews. After her not-very-heavy dame in Le Petit Faust she was cast, this time, as the soubrette, Paquita, opposite Fannie Manetti as Pedro, and was adjudged ‘sprightly’. From the Phil, she progressed to Holborn again, cast by John Hollingshead, with the Gaiety Theatre company, first as Thisbe to Connie Loseby’s Cinderella (‘excellent singing … vivacity’), then as Madame Lange in La Fille de Madame Angot. ‘Her acting fell a little short, but her singing atoned’, as she brought down the house with the famous waltz finale. When she appeared as Fleurette in Bluebeard it was commented that ‘she is becoming much more at home on the stage, she acted in a graceful and ladylike manner as Fleurette and her good voice was employed with considerable skill’.

When the company returned to the Gaiety, Miss Pratt went too. She appeared in singing roles in A Midsummer Night’s Dream (‘Over hill and over dale’) and as Ceres in The Tempest singing the music which shapely Marian West as Ariel could not manage. Next, she was deployed to the Alexandra to repeat her Madame Lange, before her contract terminated. Miss Pratt continued her theatrical phase a little longer. She visited Liverpool where she played -- ‘the celebrated vocalist’ -- at the Amphitheatre in a ‘special adaptation’ of the Paulton brothers’ The Black Crook (Princess of Balzac), The Waterman and After Dark (with a song) but, after that, she seems to have simply folded up the stage, and returned definitively to the concert platform. 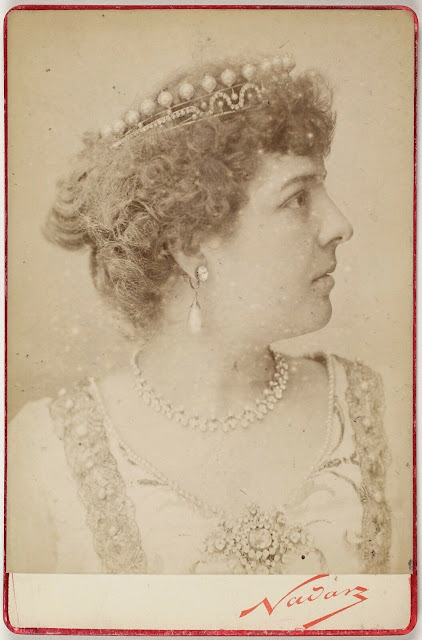 Over the next years, her name appears repeatedly in the same selection of venues, at the Brighton and Scarborough Aquariums, with Rivière at his Covent Garden Proms or his Aquarium concerts, at the Alexandra Palace… She also changed her name again. On 11 March 1878, Miss Pratt became Mrs William Henry Eayres, wife of the divorced violinist.

This was not a good idea, for Eayres was a serial adulterer with a scandalous history. His first wife had dragged him through the courts and noisily displayed his sexual misdeeds in a ‘letter to the musical profession’, which ended her up in the courts for libel. Jenny didn’t keep him on the straight and narrow for long. By 1882, he was at it again, and, in 1884, ended up in court again at the behest of one Alexander Glen Collins, whose wife he had repeatedly borrowed. The lawsuit went to the House of Lords, and became a much quoted precedent on ‘condoning’. I don’t suppose Jenny condoned, but she didn’t divorce him till 1887.

Mrs Eayres (as ‘Madame Jenny Pratt’) appeared from time to time in London (Aquarium, Alexandra Palace, Crystal Palace), but spent the large part of her time entertaining in the ‘spots’ of England: at the Blackpool Winter Gardens, the Southsea Pier, the Scarborough Aquarium, with the Southampton Philharmonic Society or at the Winter Gardens, Morecambe. She gave the occasional Athalie, Undine, or The First Walpurgisnight, but more often was heard in her old favourites or a new ballad such as Behrend’s ubiquitous ‘Auntie’.

Latterly, she took out little concert party troupes, sometimes with her pupils, and this seems to have been where she encountered a young stationery traveller with a deep bass voice named Ernest John Robinson (b Hoxton, October 1860; d 11 Victoria Avenue, Finchley, 2 September 1929). As soon as she had divorced, they were married, and in her second marriage Jenny found the happiness she had not found in the first. The Robinsons had two daughters, Victoria Jane Maryann (b 102 Gaisford Street 24 May 1888; d Worthing 18 July 1975) and Ethel Annie Fairney (b 65 Patshull Rd Kentish Town 11 October 1891; d Worthing 21 May 1979).

Mrs Jane Robinson continued to work as ‘Madame Jenny Pratt’ into the 1890s, but there was one more name change to come. Ernest chose to be called ‘Mr Ernest Loder’ for his modest career as a professional vocalist, and somehow the Robinson family became known as Loder. Jenny could be seen appearing in the occasional local concert at Clacton-on-Sea or Frinton, with ‘Go, lovely Rose’ or ‘She wore a wreath of roses’, up to the turn of the century, as ‘Mrs Loder’.

Mrs Loder seems to have died in 1926. Mr Loder died three years later (3 Victoria Avenue, Finchley 2 September 1929) leaving a fortune of 22,000 pounds. There must have been a lot of money in stationery.

William Eayres got himself another, much younger, wife, from Scotland, whence he had fled awhile, and he died in 1920.