.
Yesterday, I posted on my blog the sad tale of the American tenor Wallace McCreery, and in reponse I received, from David Stone of the G&S archive, this great photo ... 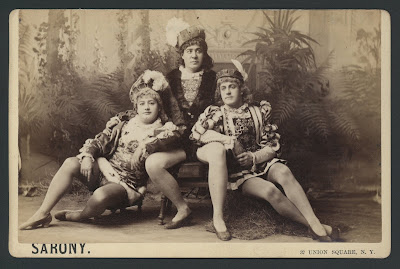 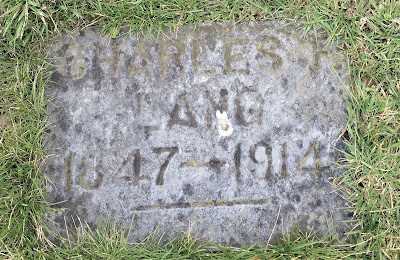 In his mid sixties, he developed motor ataxia, and he died in Florida, where he had gone for his health, aged 66.

Our third tenor, I have a feeling, was probably the best performer of the three. But, after a grand start to his career, he rather faded away into less resounding projects. Because he was one of those people who had a lot of fingers, and found a lot of plumpuddings into which to plunge them: usually with at least some success: singer, actor, comedian, producer, playwright, lyricist, investor, film scenarist ....
William S RISING [REISING, William Starling] (b Lancaster, Ohio 11 August 1852; d NYC 5 October 1930) was the son of Bavarian-born American immigrant Philip Reising (later Rising). Philip arrived in America in 1845, joined the army in 1846 to fight in the Mexican war, married an Irish lass, Susan Starling, in 1848, began a family, and went into the drygood business, at MacCracken Room, High Street, Lancaster, making a speciality of the newfangled ready-to-wear clothing. In quick time, he lost his wife, took over the next-door business, remarried (Caroline McBride), re-bred ... and was on a determined 'rocket to the moon'. He would end up President of the Fairfield County Bank ...
Will was another who went to Italy to study. His teacher was Tito Palmieri, the tenor husband of prima donna Mary Ann Croft, who was indeed based in Milan, and he seems to have studied from 1878 -- after a 'farewell' concert at Chickering Hall (6 May, hugely puffed by Frank Leslie's Illustrated Paper, alas, without an illustration) until early 1882, when he turned up in England. England welcomed 'the American tenor' enthusiastically and his 1882 credits -- Fritellini to the La Mascotte of Violet Cameron, Pietro to her Boccaccio, Hans van Slous in Rip van Winkle -- immediately propelled to him to a place among London's favourite comic opera tenors. His next engagements, however, were less strong -- a feeble production of Prince Methusalem, the dogged Estrella, a couple of indifferent operettas -- and 'after two years', he returned to America, under contract to the Casino Theatre to play in The Beggar Student. The Casino production was cast to the hilt -- Fred Leslie, Rose Leighton, William T Carleton, Mathilde Cottrelly, Bertha Ricci -- and Will played Janitsky, teamed with Madame Cottrelly. He took time out to repeat his role in Estrella at the Standard, but the theatre burned down after three nights, and John Chatterson got the tenor part in the Casino's Merry War, while Rising was cast in Princess Ida and the local fairytale piece Madame Piper (1884). At the same time, he began to indulge his liking for management, and, in tandem with Signor Brocolini organised comic opera performances in Montreal. 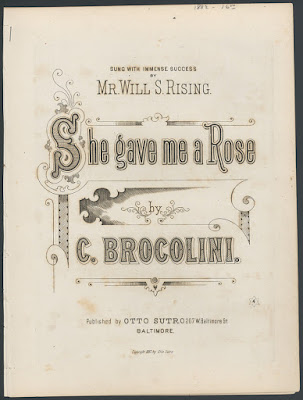 Later the same year, he appeared for Augustus Pitou in a boneless musical comedy Off to Egypt, or An Arab Abduction (Arch Street, Philadelphia 17 November). The music was said to be by George LeJeune, but Will sang Tosti's 'Goodbye'. For a few weeks. He was recalled to the Casino to play Nitschano in Apajune, the Water Sprite, and then cast in the title-role of the Philadelphia musical The Little Tycoon (4 Janury 1886, Temple Theatre). The piece proved popular on the touring circuits, and avidly promoted by its author, played 91 performances in New York. It would be a wee while, oddly, before 'one of the most popular tenors and one of the best fellow in town' would be seen there again.
It appears that, at some stage, Will had married, for, in 1888, the trade press announced the birth of a 'twelve-pound son'. The babe would die aged four. I have searched for mother and child in New York's documentation with no luck, but when this article was done, I did manage to more or less identify her.
He also had no luck with his next projects. He went to St Louis to play HMS Pinafore on the lake (Loie Fuller, for heaven's sake, as Josephine), and in the Pompeian Amphitheatre, and announced his plans to produce two new America comic operas at Atlantic City. He also got involved with Miss Vernona Jarbeau (Mrs Jeff D Bernstein) and her husband, and invested $1500 in their production of Starlight. Starlight was to be the lady's vehicle for many years, but Will had to go to court to get any sort of accounting ... or a return on his investment.
He took the theatre at Howard's Pier, Atlantic City for a summer season and there produced, with the similarly inclined William Hamilton, the first of his new musicals. Florette (Thomas P Westendorf/J N Fort, 19 July 1888) was set in Virginia, in colonial times (please note, those parrots who give the date of 'the first recognisably American musical' half a century later!), and Rising, Hamilton and Miss Fuller played the leads for the short term of its existence. The promised 'new Planquette opera' didn't appear, but 19 December Will and his 'Columbua Opera Company' tried again, at the Academy of Music Philadelphia, with a piece called America (Ernest Peilor/William Augustus Smith). Philadelphia was offended: 'a melange of music rot and literary drivel ... the plot is inexplicable, the situations absurd, and the lines put in the actors' mouths ridiculous. A large but bored audience watched it'.
Will retreated to John Mackay's company, and then got involved with another amateurish musical. The two ladies who wrote, and effectively produced, Dovetta clearly had cash, for they inveigled not only Will but Emily Soldene to play their piece. Briefly. 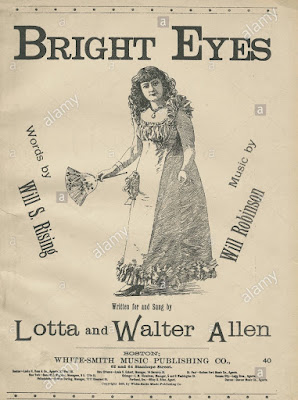 In the 1890s, I see Will touring a foreign comedy, Tangled Up adapted Rising, starring Rising, with Loie Fuller and a repertoire of small pieces including Charity Begins at Home, I see 'Will Rising's Entertainers' travelling a Percy Gaunt operetta Love on Wheels and a programme of the 'Illustrated Songs' he favoured. In 1897 the press wrote '[he] sings high class descriptive and classical songs in a very capable manner for a salary of $125 a week. His clear tenor voice is always in demand and he is never out of an engagement.
He took over the comedy lead in Miss Philadelphia, sent out tours of The Strange Adventures of Miss Brown, played in vaudeville with a Miss Lilian Kemble, staged summer seasons at Koerner's Park, St Louis, produced and played in a drama At Valley Forge, mounted 'the Rising Stock Co' star: Miss L Kemble ...  The press said they were married. Maybe. Maybe she's the 'Jennie Rising' from Wisconsin (age 22) 'married 1898' with him, in Salt Lake City, in 1900. Well, if they were wed, it didn't last. Will writes a firm 'divorced, in the 1920s census. Of course, he may mean his first wife ... 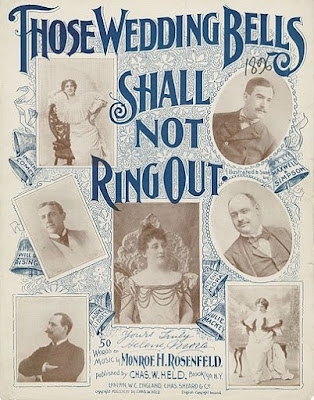 In the early twentieth century, Will -- ever chasing something new -- became active in in the motion picture world. I see him referred to as chief scenario-writer for the Edison Film Company. He would act in some films, too, and, as his links with the theatre loosened, I see him in 1911 directing a production of HMS Pinafore at Asbury Park (and filiming 'the Asbury Park Baby Parade' ... as well as 'in Bermuda producing films for the Yankee Film Co' ..
The advertising departments of the various film companies had him 'formerly ataché to the American ambassador in Paris', 'of the Bostonians' ... as he turned out patriotic one-reelers during the war ... 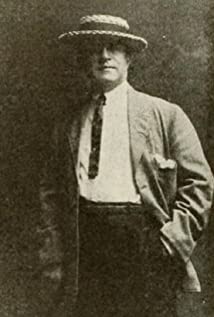 Footnote: bloody minded persistence pays. I have come upon this article in The Moving Picture World of July 1915. 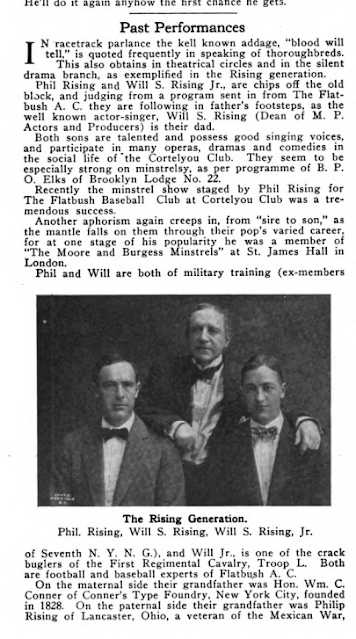 The maternal side ....? Back to the drawing board ... Omigod! Philip Rising son of W S Rising and Elizabeth born 22 October 1879 ... Italy! During the Palmieri years! Died 29 December 1933. Retired salesman .. why is he listed as 'Philip Rising Gardner' and living with the Gardner family in 1900. Mother: Eliza J Badgely or Mother: Elizabeth Conner. Along with William Gardner aged 10. That's William Starling Rising. Born 1 February 1890. Stock clerk for underware company. Mrs Eliza J Gardner is obviously ex-Rising ... but she says she has been Gardner since 1880 ... enough! VSE!
Will collapsed and died in the street in 1930. 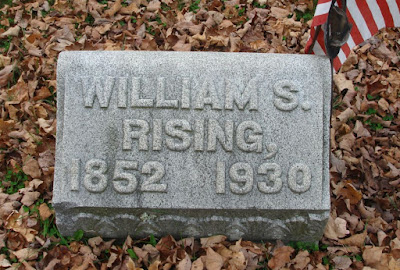 He left behind him a colourful tale. And just a few little mysteries ...  Did he ever get his money from the bloodsucking Bernsteins ...? Ah, well, I have to leave something for the next generation of researchers to research ... right now, I gotta let go! 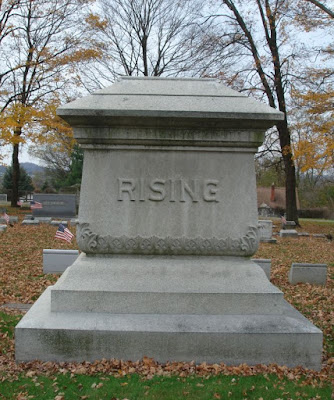 Hoping the tenors in the Ida photo are identified correctly ..
Bye-bye, Ohio!
Postscriptum: the G&S world has supplied me with these photos of our Ohio tenors, so the identification looks confirmed
Posted by GEROLSTEIN at 8:58 PM

This was very interesting to read. Thank you for posting. I was especially interested to read about Charles Lang's performances as he is a relative of my husband. My husband is a descendant of John Baptiste Lang, one of his older brothers. I also do not understand why Charles Lang was sent to an orphanage. However, I have not been able to find the other Lang brothers (August, John Baptiste, Edward, and Amelius James) in the 1860 census either and I suspect they were living elsewhere too. Their sister Rosa Lang was living with her father, new wife, and half sister. I also do not know how many years Charles was in Italy, but it would have been after 1868. I have a photo of Charles Lang, you may have even seen it before as it is in his older years again, but I would be happy to send the scanned image through email. I did noticed that his chin might have a cleft. For that reason I also believe him to be the one on the left in your first image.

Wonderful ... yes there are some imponderables in his story ...
He was a plump young tenor, wasn't he!

Yes, plump! If you see more photos or information regarding Charles Lang, please email them to me also. laura.e.lindsay@gmail.com Thanks!

Hi Mama Laura ... certainly I shall. But these articles are always 'in development' so additions may happen at any time I come upon fresh bits and pieces.