.
I’m repeating myself, I know. But I don’t very often go to the theatre now. I’ve hardly seen a new show (and not many remakes of old ones) in the last couple of decades that has given me anything like the sort of joy I used to find in ‘musicals’ (by whatever designated name) in the previous half-century. Too electrified, too amplified, too stultified, too trendy, too imitative, too camp, too second-hand …

However, when I do make the effort, I often seem to be rewarded in inverse proportion to the pretentiousness of the production.

Britain went through a period like this in the 1950s. When Roger N Hammerstein ruled the waves. And the answer came from the smaller theatres. The musical went back into those more intimate venues, where words and music could be heard without amplification: The Boy Friend, Salad Days, Valmouth etc. Well, I’ve said it all before … so I’ll jump straight to the point. These days, almost inevitably (and yes, there have been one or three exceptions), when I have a really good time at the theatre, it is in a ‘small’ show …

On Christmas Day 2018, alone with the twinkling lights and a gin, I chortled happily away listening to the delicious little Charlotte Sweet. I wanted an opera? Cavalleria rusticana is my all-time favourite. When in Berlin, I had a joyous time at the local music school with a really lively modern, burlesque fairystory musical Grimm!, far more beautiful than Disney’s Beauty and the Beast, and back home in New Zealand I got involved in a concert version of a superb small-cast musical entitled Fairystories. Which wasn’t a burlesque and had nothing to do with Perrault or the Comtesse d’Aulnoy, but ... Well, why Fairystories hasn’t had a full-scale professional production (I’m tempted to say ‘yet’, and I’m also tempted!) I do not know but … well, listen to this

I discovered Fairystories when I discovered its writer/composer. Paul Graham Brown. I went to sit in on a meeting at a gay caff off the Nollendorf-Strasse with a Dutch producer, and a Berlin entrepreneur who were planning a musical of Deep Throat. Well, it is no worse an idea than 75% of the musical 'adaptations' served up in the last 40 years. PGB was to be composer. Of course, it didn’t happen, but I got to know PGB and to listen to his produced (and a few unproduced) musicals. Notably a three-handed version of King Kong which is now into its eighteenth European production. I sat in on the auditions for his new piece Dynamite, and thought: why is this man’s stuff not produced outside central Europe? I voyaged into the German countryside to see a production of his many-years-before-Wildhorn Bonnie and Clyde. I voyaged to a place called Biedenkopf to see a musical written especially for the town’s festival and played on the ramparts of the local Schloss. 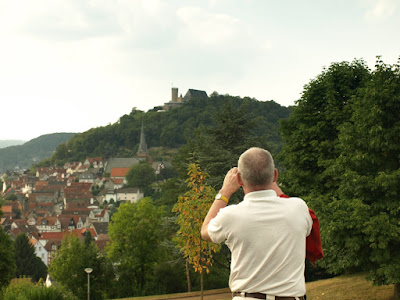 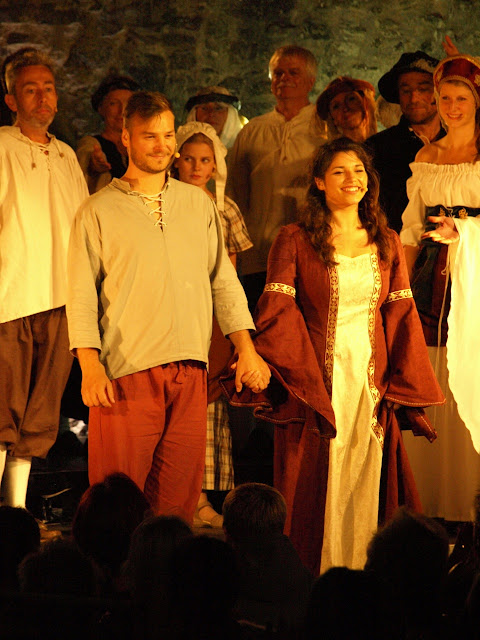 I still hum the secretively saucy song ‘Underneath’!. There have been annual new PGB pieces there, while he also had new, large-stage musicals played in Wiesbaden, in Hof … and our little show took place in Christchurch, NZ. 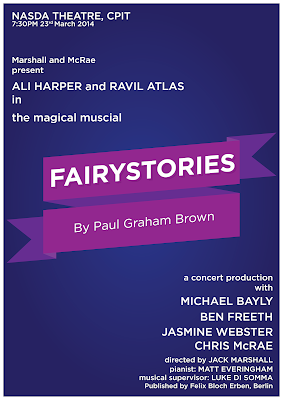 I read Fairystories for the first time, alone in a little beer garden in the Isle of Wight. I didn’t even notice my shandy was finished. At the big moment of the last scene I was horrified to find I was shivering and what … had a huge lump in my throat. If I were ever going to go into production … well, I didn’t, but our little showcase (featuring NZ’s top musical star) was a huge success with those folk … enough! 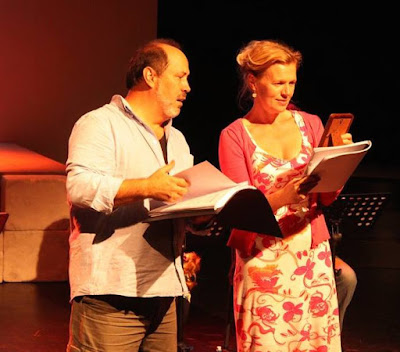 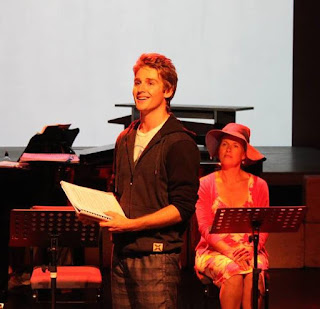 Needless to say, having discovered that rara avis, an outstanding young(ish) lyricist-composer (and even dramatist!), I wasn’t about to let go. So PGB and I have, since, become firm friends, and the little cottage at Gerolstein has, for the last few years, become the (Kurt) Gänzl and (Wendy) Williams Retreat for Productive Composers. Courtesy of Richard Marrett and his spare keyboard. 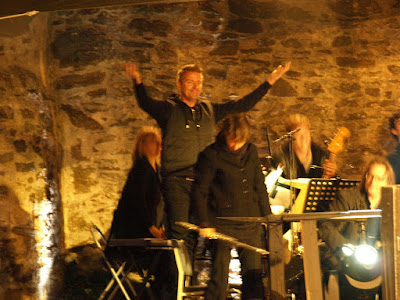 So, at midnight of the New Year 2019, Wendy ferried PGB from Christchurch airport to Gerolstein …

Yes, he’s here now. But after a day’s work at the keyboard, he’s down at the beach, so I can write this freely. I do NOT puff performers and writers who are friends. If I don’t like something they write, I tell them so and write nothing. This one, I'm writing about.

This year, CEO/librettist Birgit Simmler was headhunted from Biedenkopf to somewhere called Luisenburg. No, I don’t know more than approximately where it is. But, as in other German theatres the folk there are prolific in producing new works. PGB told me, last year, he was writing a new show for them. Like, what? A version of The Jungle Book. Not ANOTHER one? I have to admit, and I told him so stoutly, that yet another Disney remake was not at all what the world needed.

I should have known him, and Birgit, better. This morning he gave me a CD. OK, in the right mood now for a bit of Kipling… Well! this is NOT Disney….!!!! Yayy!!! Not even Lion King-type Disney. Which one might have feared. OK. It’s 70 minutes (today’s best attention length!) of stage show, with nine numbers and two tutti reprises, and it’s the most enormous fun! …

Firstly, the Luisenburg cast is quite superb. And the score, into which they dive with an enthusiasm wonderful to hear, gets yeoman service. 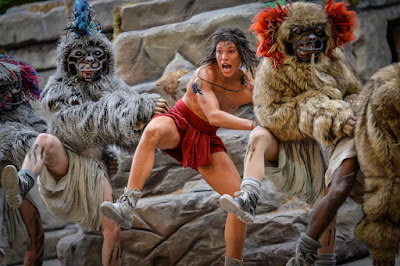 Karsten Kenzel’s adorable Baloo, teaching babies and audience, is a joy … and rapping apes! … and on top of that they have a kosher Ravi Srinivasan on percussion … 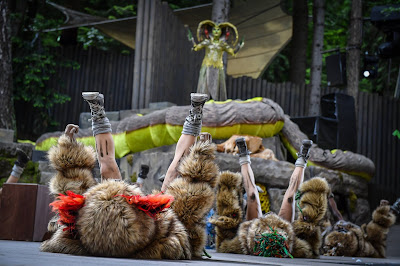 But my favourite, especially as sung by Inez Timmer, a mixture of Hermione Gingold and Kathleen Ferrier, is the snake’s song … much better than the Disney one ... 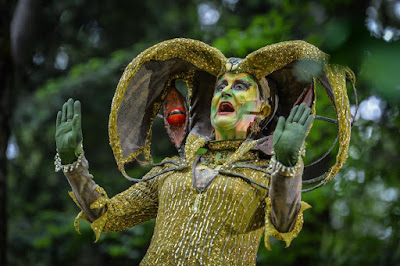 Damn. This is a grand, grand show! Five star fun for all ages.

I might even start going to the theatre again if they put up shows like this one.

He's home. OK, laddie, into that cottage and starting spinning straw into gold .. 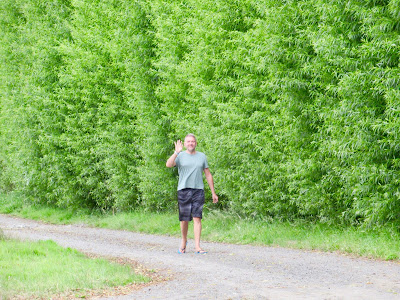 Posted by GEROLSTEIN at 5:04 PM