.
OK. I suppose everything has to be learned. This is my first time out as a Publisher and I’m doing it all alone. Well, except for the printing etc, which is in the hands of Lorene of Christchurch and Dave of Sacramento, Cal.


Their bit is all but done, soon I shall have books here at Gerolstein, and I realise that I have probably done things in quite the wrong order. I should have been touting for orders weeks ago. But I didn’t like to. Firstly, until I get the printers’ bill, I don’t know what the exact unit cost of the book is. Until I get the first paper copy, I can’t know what size padded envelope I will need and what the postage will be. Then I have to work out how people can pay … Paypal, I suppose. I don’t have it, but John does. No, I sha’n’t hand it over to Amazon: there are only 250 copies in the (first?) run, and if I keep to direct sales, I can keep the price down …

This morning, it was announced that John had won the prestigious Reuben Rose Voices of Israel Poetry Competition. Much kudos, a nice cheque and a trip to Israel, lucky lad … 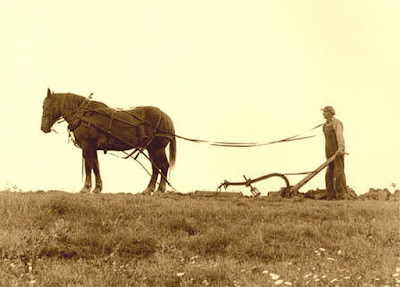 'Death of a Ploughman'
... Perhaps to such people who tend it this dull land
may be laboured and loved. Rain rings on the bell.
I wait on a bench inside the porch. The doors thump open ;
the bier sways past. I quietly call his name.


Well, he was kinder than the life it made him.
The bearers carry him into the mist.
Beyond the tilled bank, they sink into the earth. I stamp
the mud from my boots. An owl sighs in the spindles ...


And inquiries and even orders for his new book started coming in! So I thought, heavens, Kurt, you are doing this all wrong! I mean how will you know how many books to keep in New Zealand, for orders from Australasia, Asia, America … and how many to export to Britain … you should have opened Nominations and Acceptances weeks ago, even with only approximate prices … so, here goes.

The book will be 404pp in a stout card cover 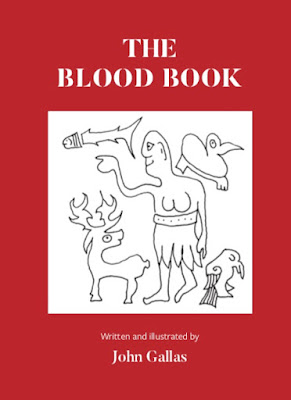 and 12 characteristic illustrations from the pen of the author. 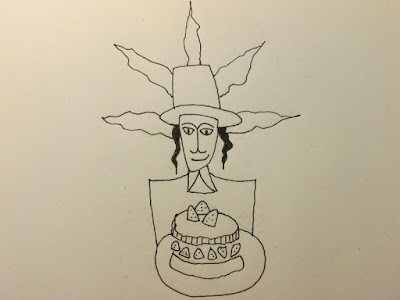 The back cover holds a blurb explaining the why, wherefore and what of the book, which I'll print here, rather than the from the book's backside:

"Genealogy is the rage of the age …
As the only sons of an only son of an only childbearing son, John and I had never bothered about investigating our ancestors (‘all dead’ quoth father), until I came upon some surprising grandmotherish papers, and, a year or two ago, began delving. Well, I am happy to report we now have a complete pack of sixteen great-grand-parents, hailing from the highlands of Scotland to the puszta of Hungary … but to go back further is sometimes a tad difficult.

I noticed that many folk on the genealogical sites who haven’t succeeded in getting a full-flush of 16 ggs, or a super-slam of of 32 gggs, have shyly fabricated a fake family. So, John, taking a wee break from publishing end-to-end volumes of poetry, decided to have a bit of fun and do the same for us. This family tree doesn’t just go back to the factual Black Bull pub in C16th century Aberdeen, or the equally factual Jewish merchants of Mór, Fejer, it goes back to our maternal great-grandfather 552 times removed, and our paternal great-grandmother 552 times removed, in lands and cultures beyond time, and it follows the fates and frolicks of their descendants rudely through the millennia, as they war and couple and schnort and compete and breed … oh! How they breed! Well, have to keep the tree ablossoming …

Until it gets to John Gallas, and to his brother, Kurt Gänzl, who thought this was too goodly a historie to keep as just a family in-joke, and invented the Gerolstein Press, which, 552 generations on, proudly presents THE BLOOD BOOK!"

Well, that's whats in it. The tales of the barely levitating Weird Woman of Bab-i-ploj, the unprecedented Matter of Someone Being a Bird, the Sorcerous Seer and her lost rune-sticks, Elizabeth whose profession is to play the organ to drown the screams of the tortured ... and many more.

What ought I say next? Um. It looks as if the price will come out at something like $45NZ, which gulped me a tad till I heard that a modern-day Penguin Book is twenty quid. I'll translate it into GBP when I have the exact figures. Which should be quite soon. Then I've got to buy the little country postoffice out of padded bags, so that if there are any copies left when I leave for my Winter Palace, Wendy can take over as postmistress ...  but I suspect there won't be.

The office of Gerolstein Press is situated at The Living Room, Gerolstein, 38 Maguire's Rd, Rangiora RD7 7477, New Zealand, but orders should be made by addressing me, with postal details, at ganzl@xtra.co.nz.

I know that's not how you do it, but I'm old fashioned and trusting (and ignorant of the way of the book business) so that's the way I'll do it ..