The Greatest Christmas Carol of them all

.
Yesterday, I went to a Christmas concert given by New Zealand’s top singing entertainer and a children’s choir. I went to see the performers and the performance, and I knew full well that, from ‘Jingle Bells’ to ‘White Christmas’, I wasn’t going to hear any memorable music. But I did. It was a bit hidden away in a medley between some of the more ordinary kind of ‘carols’, but hearing it sung live made me remember what a perfectly splendid piece it is. And make me wonder why, as a child, I got to know ‘Jingle Bells’ and not this song. A Christmas Carol. 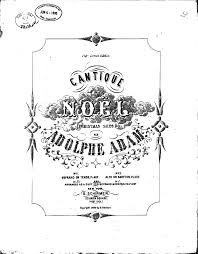 Maybe it was because it is not English. Or even American. Even though, subsequently, it had both English and American-English words adapted to it. The ‘Cantique de Noel’, otherwise ‘Minuit, chrétiens, c’est l’heure solennelle’, otherwise ‘Le Noël d’Adam’ was, and is, wholly French. Words by a provincial wine merchant, civic worthy and amateur poet, Monsieur Placide Cappeau of Roquemaure, near Avignon, and set to music by the composer Adolphe Adam, of Le Châlet, Le Postillon de Lonjumeau and Giselle fame. 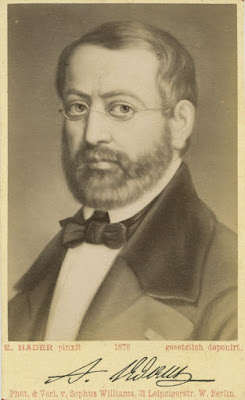 This amount of fame meant that, for many decades, a plethora of articles on ‘how the Noël d’Adam came to be written’ appeared in various newspapers and music magazines. In the 1920s and 1930s, the tales got more florid and more and more differing in their details and, depending which version modern writers have followed, those tales have come down to us as a choice of ‘facts’.

One ‘fact’ that doesn’t seem to have been agreed on is the date of the piece and of its first performance. Most pontificators say Christmas 1847, some opt for 1845, 1843 or even 1840. I thought 1847 was probably correct, until I came upon a notice for a concert given at London’s Hanover Square Rooms by the fine Parisian mezzo Mme Claire Hennelle in which it was reported ‘Among the pieces which she sang last night the most remarkable was a solemn strain which she delivered with much expression’ ‘accompanied by piano and orgue melodion’. Cantique de Noël by Adolphe Adam. Date? 22 June 1846.

Well, I suppose this could have been a different Cantique de Noël … or the newspaper could be misdated … but I doubt it. Alas, not having the Avignonnaise newspapers of the day, I cannot tell. But, apart from the date, there are other points at question. I’m not going to list all the variations in the tale (some, including some 70-80 years later, have chunks of direct speech), but the principal players in the affair were the poet, the composer and a certain Émilie Laurey or Lauret, wife of a local bridge-builder and amateur vocalist. Supporting characters, the local mayor (?) Magnan, and the local priest.

And the story seems to have gone something vaguely like this. At a party chez M le maire, Mr Cappeau read some of his verses and Mme Laurey sang some songs, and someone suggested that the lady should sing a Noël at midnight mass. Mr Cappeau proffered his verses. And the music? Mme Laurey had been a pupil, at some stage, of Adam, and she wrote asking the ill and bankrupt musician to set the Roquemaurian lines. Adam swiftly did so, and received – so ‘history’ says – a fulsome response acclaiming it ‘a masterpiece’. The composer said in that case she had better send him a copy, because he hadn’t kept one. 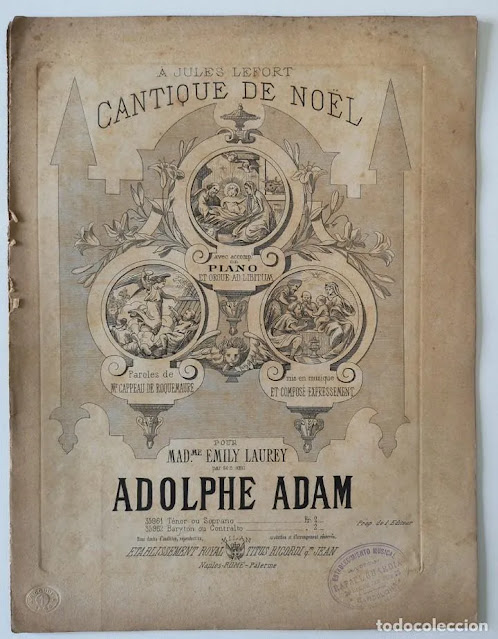 This reeks a little bit of the tales of song-sketches thrown in the bin, rescued, and made into great hits. But be it true or not, Madame Laurey sang the Noël at midnight mass, it was much liked, Adam sent his manuscript to publisher Alexandre Grus, and the Cantique was on its way to celebrity. ‘La Marseillaise religieuse’. 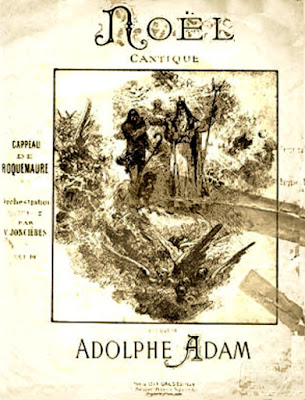 The first newspaper report of a public (non-church) performance in France that I have found is when the operatic prima donna, Célestine Nathan-Treillet (a Jewish soprano for a Jewish composer!) gave the song at Nice in 1848, although doubtless Mme Hennelle was giving it in Paris.

I see it sung, in the 1850s, by Achard, by Augusta Colas, Mme Lefebvure-Wely, Mlle Novara and even Felice Varesi, but apparently it was the baritone Jean-Baptiste Faure who made the biggest success with the piece, and young French baritones hurried to follow him. But the Cantique remained above all a feature of midnight masses, from Paris to Martinique to Indo-China.

Beyond the French borders it was widely translated (Charles Lamb Kenney and George Linley in England, J S Dwight in Boston, Robert B Smith in New York) and published in all kinds of arrangements (the original was ‘score for voice and piano, parts for voice and orgue mélodium’), but ‘le plus célèbre des milliers de Noëls’ doesn’t show up that frequently on 19th century programmes. Its biggest champion seems to have been George Risley, organist at Bristol’s Colston Hall, who programmed it regularly. That, however, was to change. The English-singing world might have preferred their own carols initially, but in the 20th and 21st centuries Adam’s tune would take its place alongside ‘Good King Wenceslas’, ‘The First Nowell’ and ‘Away in a Manger’ and their ilk in popularity, and top of the list of those singers who had sufficient voice to sing it. And those who didn't, 'arranged' it.

Aside. Adam died in 1856, Cappeau in 1879. Which meant that the copyright for the piece ran out in 1929. Thanks to Cappeau’s longevity, the Adam family had had 23 additional years of ‘melded copyright’ on the country’s favourite Christmas song, but Cappeau had not been a member of SACEM so all the royalties had been going to the Adam family. In 1920, Madame Marin-Cappeau went to law, and she won. She also apparently penned a revised version of the lyric. Which, of course, established another copyright.

It was the time. In the 1920s and 1930s the piece finally became thoroughly internationally popular … now every opera singer who makes a ‘popular’ Christmas record includes a version of Noël d’Adam. By the way, it is apparently Dwight's English translation that seems to have become standard (‘O Holy night’) but I feel it is due for replacement!

The 20th century gave us such gemlets as ‘Petit Papa Noël’, ‘I saw mummy kissing Santa Claus’, ‘Have yourself a Merry Little Christmas’, and ‘All I want for Christmas is my two front teeth’ as seasonal songs, but we still have the beautiful ‘Minuit, chrétiens’ to remind us of a time when the 25th December had a religious significance … and big-name composers from Beethoven to Adam wrote seasonal music.

Post scriptum: to hear this wonderful piece (written for a soprano, popularised by a baritone) as-she-was-writ, listen to the delicious version of Georges Thill (tenor) on youtube. 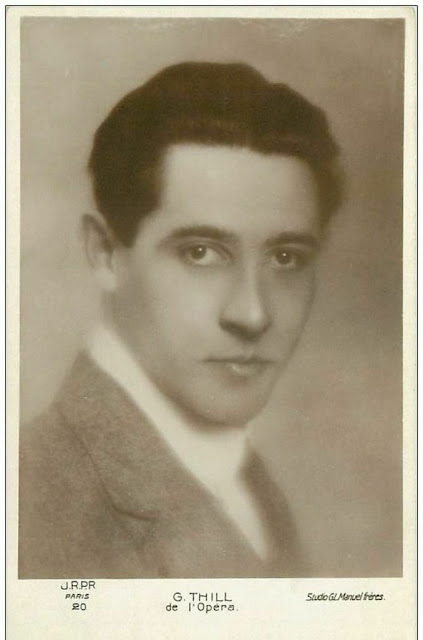 Posted by GEROLSTEIN at 1:49 PM