Offenbach on the Spree 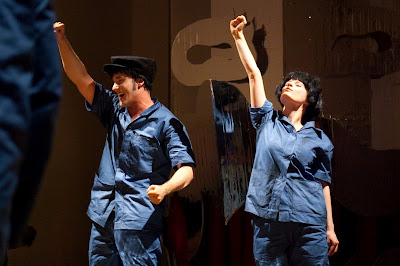 I’m just home from the Neuköllner Oper. Not really an opera house. Well, not the bit I’ve just been to. A ‘studio’, to be polite. Aw, heck, a room with 70-80 (53 I now discover!) chairs stuck around the side.
And if I tell you, Berlin has done it again? For the third time in a few weeks, I’ve had a superb theatre night out.

It didn’t look promising. A ‘version’ of Halévy and Offenbach’s delicious bit of very French Chinese musical insanity, Ba-ta-clan. ‘Version’ gives me as many shudders as the dreaded German words ‘bearbeitet’ or ‘dramaturg’ or (worst) ‘Regietheater’. I mean, why can’t they do it as it was written? It’s perfect, and has been since 1855.
OK, perfect for France. OK, I can see it might have to be localised (as Karl Treumann did 150 years ago) for Germany. But what’s this? A whole new libretto …?
My hackles were up before I entered the theatre.

I have to deal with this in two halves. The music and the play. The glittering shower of Offenbach music was largely presented as written, arranged orchestrally for a curious 1960s Wersi-Organ affair by md Andrew Hannan. A few funnies, and the swapping of one role from a male to a female (which worked perfectly) … no complaints. 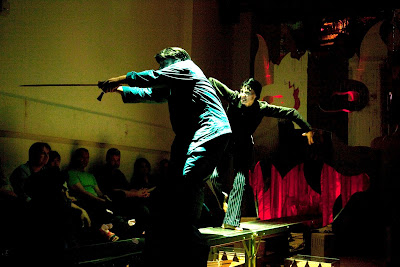 The play? Well, the zany idea was kept, but otherwise it was wholly rewritten by one named Kriss Rudolph. Mr Rudolph, when I entered the theatre, I was ready to damn you for iconoclasm. But do you know what, in spite of my limited German, I think you utterly pulled it off. Your piece might be about an ‘Uprising in a Fortune-Cookie Factory’ (Aufstand der Glückskekese) -- which Halévy’s’ is not -- , but you have kept the theme and the wonderful ‘bouffe’ spirit of the thing perfectly. And written a wholly successful show around Offenbach’s magical score. I never would have thought it possible. 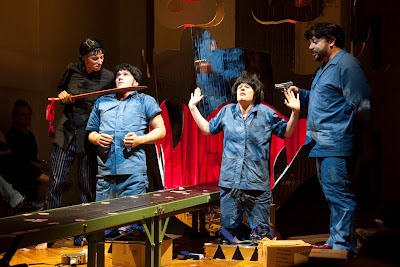 That ‘bouffe’ spirit – which is the dramatic be-all and end-all of pieces like Ba-ta-clan – was beautifully upheld by director Gustav Rueb and by the four exceptional players who presented the piece. I don’t expect, in 2012, to find young performers who can play with the true burlesque flair of the 19th century ... and sing, too! Who says there are no singers these days who can act? I can immediately point them to four young people who gave us an evening of delirious comic fun, and sang Offenbach’s music with flair, accuracy and point: Alexandra Schmidt (a very funny actress with a voluminous and rangy soprano), Nini Stadlmann (whose role was written for a man) as a glorious komische Alte ... major theatres, watch her ... Nikolas Heiber as a hunky light baritone hero and Dejan Brkic as a super-funny baritone ‘villain’. I regretted the ‘translation’ only once: when his ’Morto’s (the piece's integral parody of the Italian opera) were Teutonised … 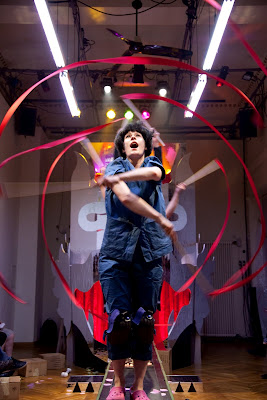 What can I say else? I went to slay, and came away praising. Hugely.

The conception, direction and performance could not have been bettered. And oh! what genuine musical theatre fun. Hurrah!

I think I may have to go back next week.