As soon as the Baroness Ardern announced to we land-locked inhabitants of the shaky isles who travel between New Zealand and Australia that the voyage would again be (for the meanwhile?) possible, I was on to Hello World Travel Agency in Rangiora. First direct flight Christchurch-Coolangatta, best ticket available ... spare no cost! ... bingo!

Nine days of breathless wait, hoping that some Rajah or Punka didn't make it all fall in a heap ... and, finally, the morning of 27th was about to dawn. It was actually pre-dawn when Wendy bundled me, my panoply of electronic gadgets (I've promised to learn to use them over the winter), a vast box of medications, my walking stick, voluminous documentation and three yellow singlets into the car and headed for the airport. I had been told to be at the airport 3 hours before my flight! And I was. Precisely.

I wobbled up to the Air NZ help desk where the lovely Victoria helped me check in (not available on line), produced an instant super-comfy wheelchair, and telephoned the Koru Lounge to see if they were ready to receive me. They sort of were, but they couldn't. It was 6.15am. To get to the Lounge you have to go through Immigration and Customs. Those departments didn't start work until 7am. I sighed. Victoria trundled me across to a spot near the men's loo, and I sat there waiting for her to fetch me at 6.55. Alas, at 6.55, an attendant came to tell me that unfortunately Security didn't start until 7.30. So I had another half hour watching the comings and goings of a grubby-looking feller who looked as if he might be a stalker, but was probably Columbo in disguise or a sniffer-dog masquerading as a human.

Finally, Victoria came to get me and we zoomed through all necessary departments -- I think Security was the smiley lady who tested my bag 'for explosives' -- and into the comfort of the Lounge. From there on, things went swimmingly. A nice wee breakfast of beans and spinach, a cup of coffee, and the 50 minutes till my new trundler came to fetch me and trundle me to seat 2D went almost too quickly.  It was all hugely civilised, friendly and efficient. But different.

How different? Well, everybody had masks on. But the everybody ... were so much fewer! On the plane, there were only one or two passengers (or families) per row. Oh, that it were always so!

The staff were delightful, the little second breakfast dead right, light and tasty, and the lady in charge didn't even bronch when I opted for a large whisky ansd soda instead of coffee or tea with my meal. I had, I explained, been up since 3am: this was not breakfast, it was past lunch and very nearly cocktail time!  Soon, the in-flight wifi came on. Brilliant! I would not be forced to dig into the 'Entertainment'. Some zombie thinks that 'Classical Music' includes Katharine Jenkins, Alfie Boe, André Rieu, Hayley Westenra, whatsisname Bocelli ... and ??Oscar Peterson!!! And there have been superb sopranos since the buzzword Maria Callas.

Grand flight, wind behind us, arrived early, transported to earth in bucket, zoooooooomed through incoming formalities ... well, there weren't any really. If I hadn't been a devotee of TVs 'Border Security', I could have brought some of the pansy seeds I collected in the autumn from Gerolstein's patios for my wee garden ... but I didn't. I will buy some here. No luggage, out into the half-deserted 'area' and there was dear Veronica waiting for me. Into the car, Rod pointed it south, and .... down the new highway ...

A fine, fine journey, if you don't count the hour and more outside the men's loo. 9/10 Air NZ. 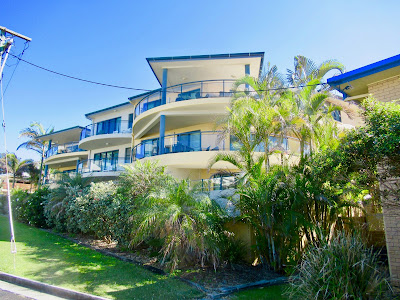 The Cove is looking very nice. Gardens lush, paint sparkling ... if only those one or two penniless folk on the second floor would replace their sea-air-rusty Air-con units the building would look and be remarkable for a 20 year-old block. 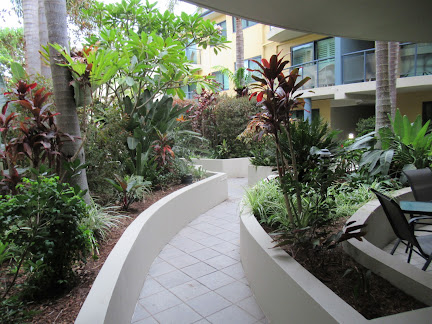 My apartments were looking pretty spick-and-span. Nothing the odd new curtain and TV-set won't bring up to the 2020s ... well, I've replaced just about every other moving part in the years I've owned them!

I had a flush of irritation when I saw that the furniture in my carefully laid out living room had been rearranged in a rather vulgar fashion (everything pointing at the television). The first thing I did, before even unpacking the panoply, was to shift it all back into its correct arrangement. Then came the unpacking of the wheelie boxes and cupboards full of stuff which which to re-stock kitchen, bathroom, office ...   The packing had been done to last six months. Covid has decreed that it has been eighteen months. Some things had to be abandoned as way past their used-by date. Then to find where stuff I had left out had disappeared to. And then ... clothes.

I don't know why I bother about clothes in Yamba. My uniform is shorts, singlet and soft shoes. Or else a djellaba. I looked at the greyish mass of materials. For a moment, I envisaged chucking the lot and starting from scratch. But, today, the washing machine and dryer have been called into action, and quite a bit of the heap is salvageable. If, that is, things still fit. I am now a vast, bulbous and couldn't-care-less 100kg, and long past the days of wearing tight trousers ... they will have to go!

I battled on till limit-time, then abandoned the chaotic mess at no7 and went to join Rod and Veronica and a bottle of iced French rosé on the balcony at no 3.  Veronica had made a luscious pot of her celebrated chicken soup ... and the pink moon was out ... heaven!

Then, at 8pm (which was my 10pm), I suddenly deflated. I fell into the fresh sheets of my Winter Palace boudoir ...  Ten hours later, when I awoke, the covers had barely moved ...

But it was time to arise. Wednesday in Yamba is Market Day. And the Yamba Farmer's Market is not any old market ... Down the hill we caracoled -- all the old friends, still there, headed by Warren the Dorper Lamb Man ... the home-smoked salmon and trout stall ... big, underripe tomatoes from the tattooed lady . .. Wendy's favoufrite avocado man, the jumbo egg-ladies ... the orchid man, who had two pansy plants left ... and I couldn't resist a baby orchid ... real farm bacon .. the wonderful sourdough bread sold by the chap with the super smile  ... omigosh 8am and half his shelves are already empty!  Oh dear, the veggie men are having a week off ... but I couldn't carry any more, anyhow ...

One can't visit the Market without having a cup of coffee. It is one of my favourite coffee places. I enjoyed it so much I forgot the cardinal rule: when you are 100kg don't get photographed in profile! 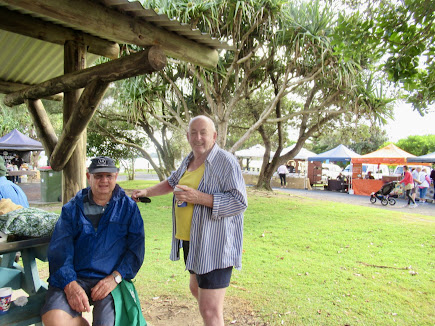 I'm sure I have bought too much ... but the stuff at Yamba Market is enough to tempt a saint from his wayfaring ...
Back home, lot three of washing. Rod has fixed the wrenched door of the dryer, and changed the dead lightbulbs, and we've shuffled TVs back and forth between the two apartments to see what we need to buy this afternoon, before which I need a nap.
Oh. It's raining. Super. You can have too much heat. And to think that we had the log fire burning at Gerolstein earlier in the week!

Posted by GEROLSTEIN at 2:29 PM

Love love this, it warms my soul you're back in your special place ❤️

Is "bronch" a new word? New to me...define, please? Or was it a syntax error?