Publicising A New Book: the hows and errrrms

It's not like it used to be. When I was a young author, the marketing division of my publishers issued flyers, advertisements and suchlike, pre-publication. I gave interviews on BBC radio, and to various magazines, even on television a couple of times ... well, I was writing about a very visual 'art form' ... and quite a bit of so forth. I even made a full-colour page in Women's Weekly. Folk in the musical theatre knew my books were coming, or had come out. And I worked, too, at making sure my books were in the public eye... and, thanks to the marketing departments of Macmillan and Basil Blackwell, I was awarded the Roger Machell Prize, the McColvin Medal and other citations from both Britain and America. 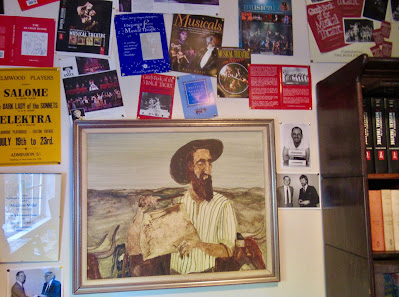 Now it has all changed. The last flyer I had was for my FORGOTTEN STARS OF THE MUSICAL THEATRE series, twenty years ago ...  We are in a new era, where publishers (who have seemingly, not coincidentally, stopped paying advances) simply wallop a great chunk of your text on to googlebooks in seventeen languages and think they have done their job.

All this prelude not to a moan (although I might have a moan or at least a reportage and comparative study of marketeers, later), but to an absolute hurrah. And the recipient of the Hurrah! is my brother's since-forever publisher, the crême de la crême of international poetry publishers, the Carcanet Press.

John's latest poetic volume L'Exstasie isn't officially published until today week. But ... it has been circulated where it counts ... and this week one of its elements was named Poem of the Week in no less a publication than The Financial Times. Well done John, well done Carcanet, well done FT  ... grin, I got grand reviews in the FT twenty plus years ago .. 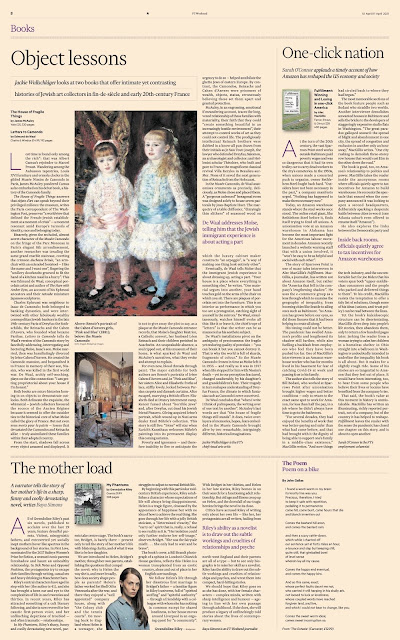 Classy page, eh. I might have to subscribe to the FT. Fascinating piece about the art collectors. I could never quite find a British newspaper which suited me.

Anyway, this is not about me. Only by association. Fraternal.

Bravo, Carcanet!  That's the way to run a publishing house. That's the way to publicise a book. All that effort for a book that retails at 12.99 ...   so, BUY IT, instead of having that extra bottle of wine ..!

PS I am happy to announce that I have jumped on the adelphic bandwagon ... and John's next work from Carcanet is a collaboration with .. hehe .. ME!

Posted by GEROLSTEIN at 9:55 PM