It's lustige Witwe time ... after Emmy Whlen, we have Paris's first Veuve jouyeuse ... 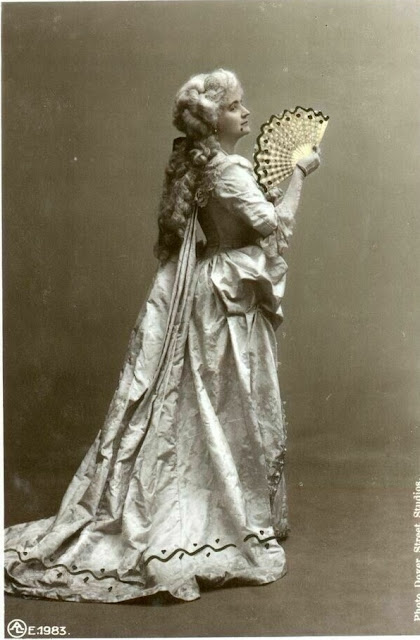 [Annette] Constance Drever, was born in India. Her father, and his father before him, natives of Scotland and the Orkneys, were both, in their time longterm employees of the East India Company and Indian army officers. Grandfather, Lt-Col James Drever, of Sanday Island, Orkney, had died of sunstroke while leading the assault on the fortress of Chinkiang Foo, China (21 July 1842). 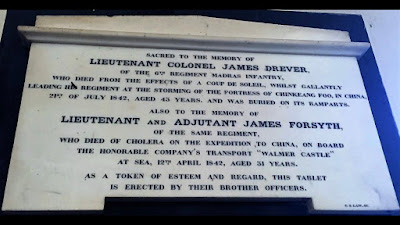 Later, in a characteristically straightforward interview, she would say that her family had its roots in Norway and the Orkneys. But that was not all. Grandmother Drever's maiden name was Maria Gertrud Werner, and she had been born in South Africa.

Constance related in her interview that her first languages were French, German and a smattering of Hindi, but English would have arrived pretty soon, for the Colonel and his family spent her early years going backward and forward between Britain and the Indian subcontinent, although she was apparently schooled in a Brussels convent. She began her musical studies with one of the multitude of Signors who infested the London music world, then 'progressed' to the care of the Irishman who called himself 'Odoardo Barri'. She took lessons in Paris from a more appreciable teacher, former tenor, Élie Téqui (1842-1927) but, returning to Britain, finally came to rest with another tenor, former Wagnerian Edwin Wareham. 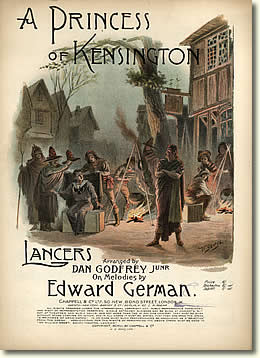 She made a dramatic first appearance on the musical stage when she was promoted at three days' notice, from a minor rôle, to the star part of Kenna for the opening night of Edward German's A Princess of Kensington (1903), in place of ailing prima donna Agnes Fraser. She 'pleased greatly' 'by the fine quality of her voice and cultivated style'. She subsequently went on a short tour with a 'flying matinee' concert party headed by actor George Alexander, and including in its ranks fortyish and fading tenor Frank Boor (b Rio de Janiero, Isidor Notador in Poor Jonathan (1893), Dramaleigh in Broadway’s Utopia (Ltd) (1894), t/o Katana in The Geisha (1896), t/o Lollius in A Greek Slave (1898) etc). The couple were married in Edinburgh 5 September 1905. Boor became a theatrical agent, while Constance's career took off. 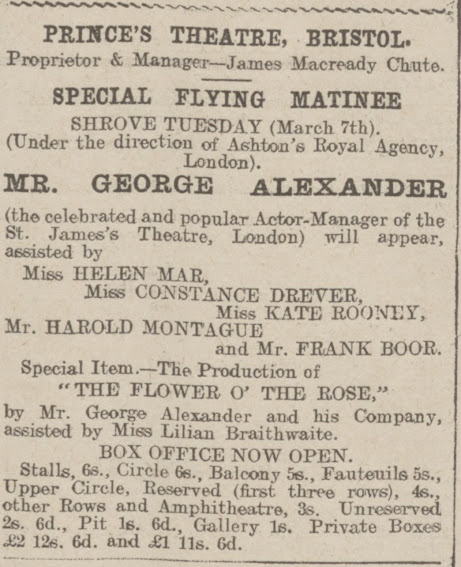 She returned to the theatre to tour in the title-role of the comic opera Amasis (1907) alongside Rutland Barrington, 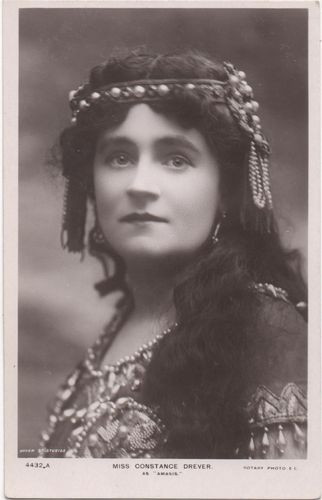 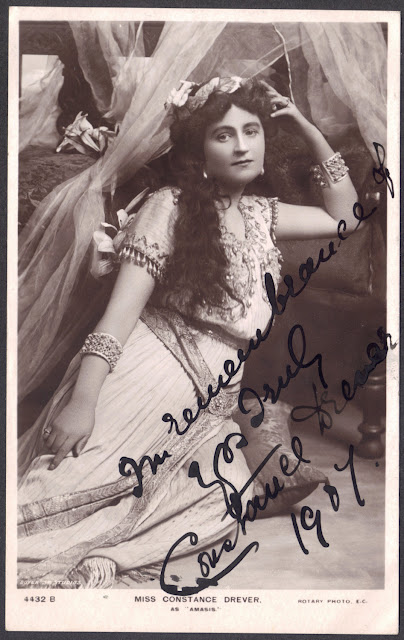 and then tour in the star rôle of Sonia (ex-Hanna) in George Edwardes's production of The Merry Widow ('sings with a character and power possessed by very few light opera singers') and to later take over from Elizabeth Firth as Natalie (ie Valencienne), and then as Sonia at Daly's Theatre. 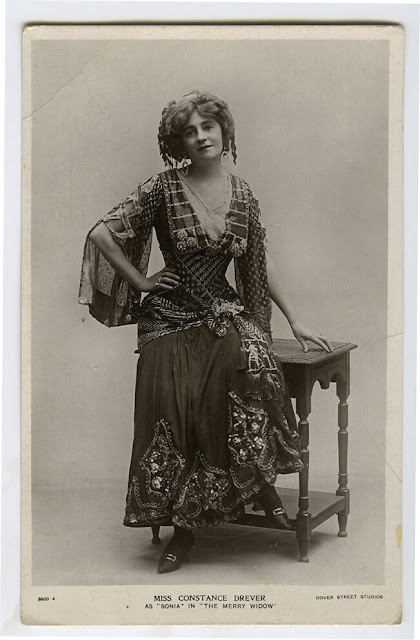 After an appearance at the New Theatre in the title-rôle of a revival of Dorothy, she went to Paris and there created the part of Missia (ex-Sonia, ex-Hanna ex-Die lustige Witwe), otherwise France’s La Veuve joyeuse, for Alphonse Franck at the Théâtre Apollo ,with enormous success. Her performance left such a mark on the piece and the rôle that for many years the star rôle of La Veuve joyeuse, written by de Flers and de Caillavet as an American, though subsequently taken by the French artistes Suzy Delsart and Jenny Bernais -- was, decidedly curiously, given the original plot -- obligatorily played in France with a strong English accent. 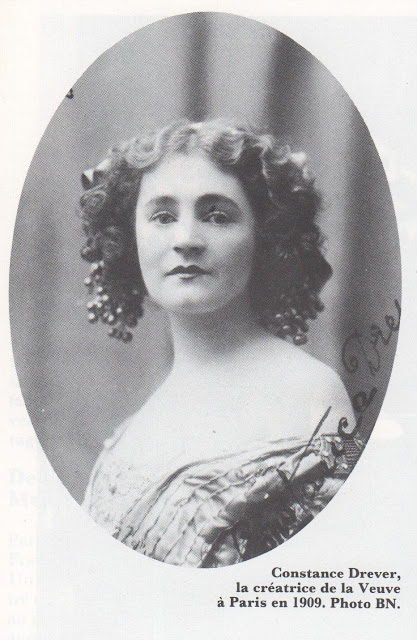 Back in Britain, she introduced `My Hero' to Londoners in the rôle of Nadina in the English version of Oscar Straus's Der tapfere Soldat (The Chocolate Soldier, 1910, 'sang superbly') 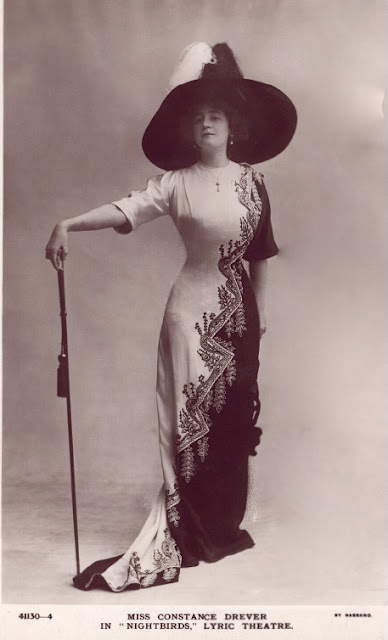 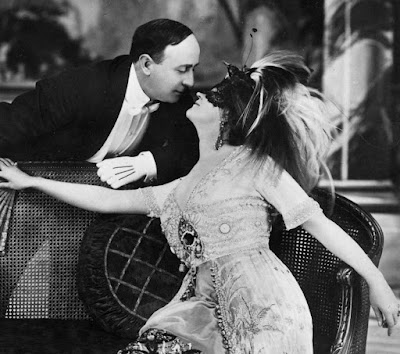 and then moved on to star as Rosalinde in a remake of Die Fledermaus called Nightbirds (1911), as Lizzi Flora in Straus's short-lived The Dancing Viennese (Eine vom Ballet, 1912) at the Coliseum, as Tatjana in Kerker's Grass Widows (1912) and, in succession to Gertie Millar, as Lady Babby in the rewritten Zigeunerliebe (Gipsy Love, 1912).

After making a music-hall début at the Coliseum, she thereafter spent much of her time singing on similar programmes ('wonderful powers as a singer of high-class songs') and she played out the last decade of her career as an actress (A Wife's Dilemma, 'Dreamland of Love') and vocalist on the variety stage and on radio.

Presumably divorced from Boor, she remarried, in 1923, the much younger Carl Rosa Training School baritone [Hugh Clayton] Randall Stevens (b Streatham Hill, 22 September 1896; d St Ouen, Jersey 3 July 1977), and they can be seen supporting comedian Stan Parkin in the revue Ring up the Curtain, in the provinces, the following year. They also had a son, Murray Scott Stuart Drever Randall-Stevens. According to the British records, they had him three times, before and after marriage. I think the one born 1926 may be the right one. 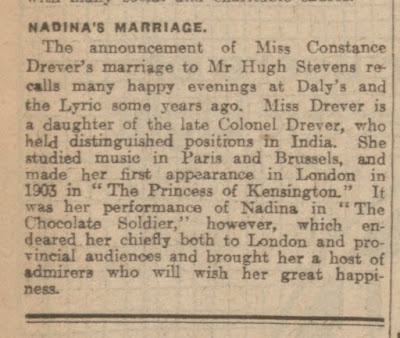 Constance had now, it seems, put an end to her performing career.

I see the spouses living at 131 Wigmore Street, and later at Julian Hill, Byfleet Rd, Weybridge. And I see Captain H C Randall-Stevens -- yes, he had been an RAF flying officer in the Great War -- going resoundingly bankrupt. In 1939 they are at Pine Oaks, Droxford and he is 'author and operatic singer' aged 43. Constance has knocked nine years off her veritable age. Author? I'm afraid so. The Teachings of Osiris. The Wisdom of the Soul. Atlantis to the Latter Days as inspirationally dictated through 'El Eros' to H C Randall-Stevens, The Book of Truth or The Voice of Osiris 'automatic drawings received by ..'. Oh Constance, you married a baritonic Captain and he turned into a complete charlatan!

Son Murray married Sheila Thompson in 1946, and at some stage the couple moved to Canada. Cariboo, British Columbia. I guess Constance was visiting him, or perhaps sister Margaret Lizzy Gertrude, when she died in Edmonton, aged 69. Hugh as well. I see Hugh Randall-Stevens, teacher in Edmonton's 98th Avenue. Teacher? I dread to think of what! But he was busy turning himself into a 'personality' 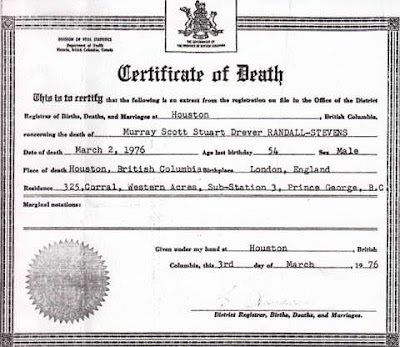 When I posted this article, Katie Barnes sent me some more photos ... 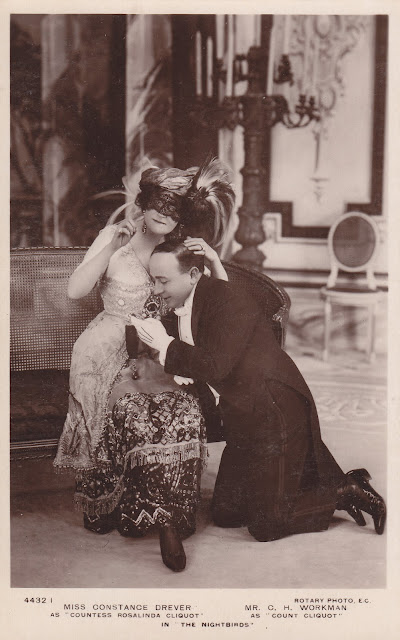 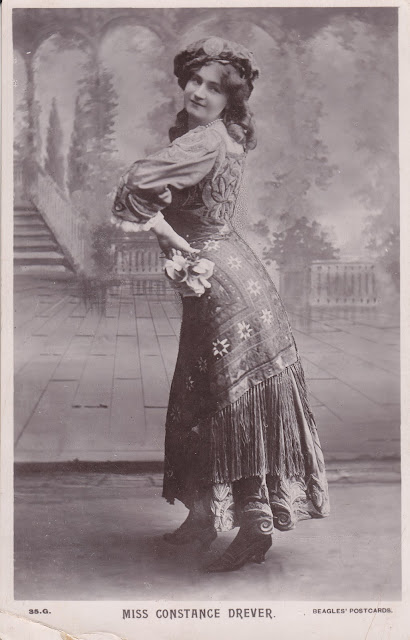 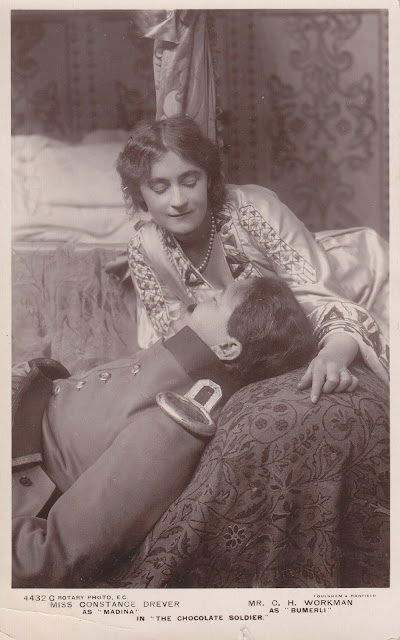 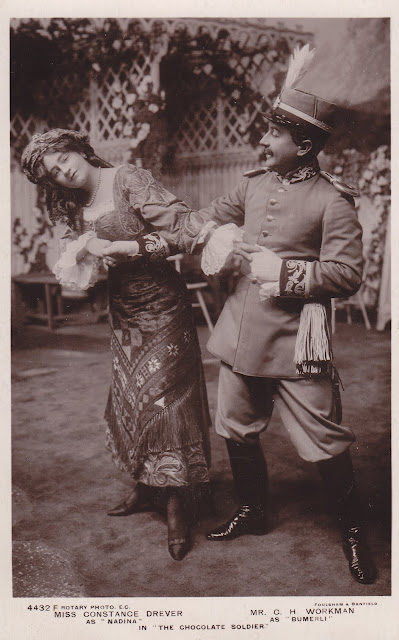 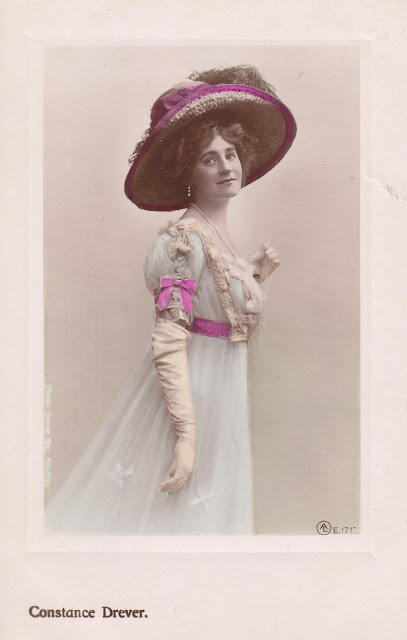 and a grand story. When La veuve joyeuse was revived at the Châtelet in Paris, in 1982, whose photo was on the posters, and featured in the foyer .... why, our Miss Drever! 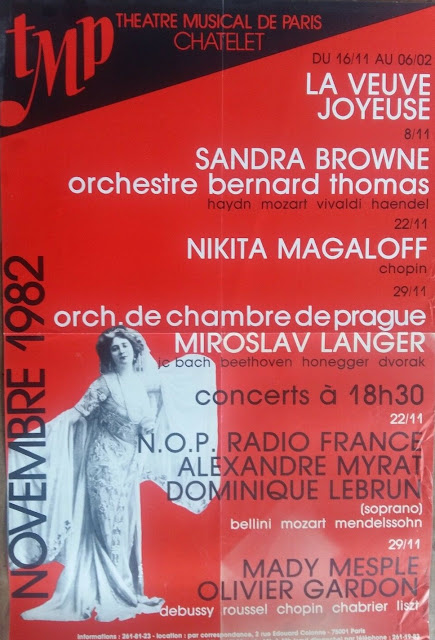