A splendid MAGIC FLUTE for my birthday

I made three wishes for my 73rd birthday. Three gifts I wanted. Firstly, that it would rain on our parching fields, secondly, that the proofs of the first ever book from my ‘Gerolstein Press’ would arrive, and, most of all, that our dear friend Brett would come safely through his cancer operation …

Well, it rained twice, the proofs came, and we have just had excellent news from the hospital … so, this morning, I have curled up in my study with my fourth present. From my brother. A German DVD of Die Zauberflöte. Now, I am one of those folk who, except in the line of duty, rarely go to see a show of any kind more than once. I’ve seen it? I’ve seen it. I’d rather see something different than just a repeat. And, over the years, I’ve picked my opera-going outings accordingly. Consequently, I’ve actually seen this endlessly-produced Singspiel, live on the stage, only three times. Once as a student in New Zealand. Once at Covent Garden in 1969. And once a few years back in Berlin (where it was playing at all three opera houses during my residence). And the strange thing is, that I remember very little about the physical productions of what was surely written to be a really spectacular Zauberposse, from its opening hungry Wurm to its trial by fire and water. I remember the performances of some of the singers – from O’Brien/Baillie/Warren Smith/Rogatszy, with the NZ Opera, to te Kanawa/Deutekom/Ward and a telephone box in London, to Tsallagova/Kang/Kehrer/Hutton/Pauly in Germany -- but I could mostly have had my eyes shut, just listening to that glorious score, for all that I recall of the rather simplistic story and its staging. Odd. Because I remember I called the Berlin staging ‘ideal’. Clearly the piece does benefit from an unfussy staging, which throws the singers and the music into high relief. 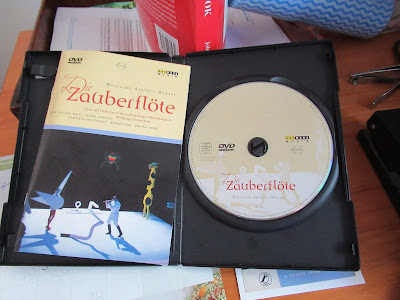 Which brings me to my DVD. It is a live recording from the Ludwigsburger Schlössfestspiele of 1992. 1992 was my ‘French period’ – Nice opera or none – and the peak volume time of my one-book-after-another writing career. I was no longer casting, nor travelling through Europe to see productions, which means that most of the names on this disc are unfamiliar to me. Johnny, really, I thought, why are you sending me a DVD of My First Opera (I sang the music of the Königin at 11, Papageno at 13, and blossomed as a 16 year-old Sarastro) from a seventeen-year-old German provincial festival? Well, now I know.

Firstly it is staged in a fashion which could not be more simple. There is little that could be called scenery, an inoffensive time-and-place mish-mash of costumes (the Queen and Monastatos’s team win hands down sartorially over buttoned-up Team Temple), and the direction is tidy and sensible and really makes the libretto seem almost coherent. Just one note for the director: it doesn’t matter if a singer stands still to be dramatic, but walking agitatedly across the stage in mid-aria is giggleworthy. But the main thing about this staging is that it made, for me, the characters … what can I say? -- come out differently. I have never thought of the three ladies as being ‘main characters’. Here, they are, and they are superb. I have considered the three ‘knaben’ even less. Here, they have become quite prominent, and I loved how they joined in as the little Papagenos (one, I am sure, was a Papagena). Monastatos has suddenly become someone … 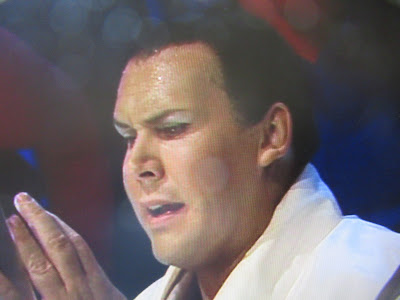 I have just had a wee lie down, to consider all this. Is it I, the director, has the dramaturg been fiddling? But the ‘balance of power’ here seems not only different but apt. Tamino and Pamina are mere pawns in the history, pushed around by Crown and Church. Yet, Tamino seems to be the central character. This probably has something to do with the fact that he is played Deon van der Walt, a tall, boyishly handsome fellow in a gold-trimmed judo outfit, with an extraordinarily sweet tenor voice, which becomes steely bright under ‘emotion’. He has the difficult job of emoting-reacting through some lengthy moments and – apart from the dramatic pacing referred to above – brings it off splendidly. You even forget to think, what a daft fellow, falling in love with a picture! 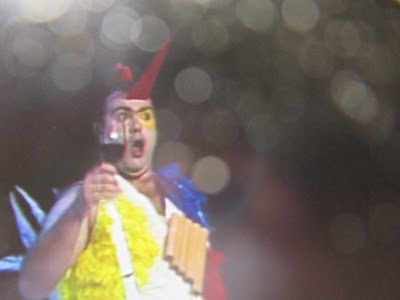 As his sidekick, Thomas Mohr is a darling Papageno. He reminded me of nothing less than a feathered Zero Mostel. His business with his origami bird was charming, and his duet with the sparky Papagena (Patricia Rozario), with its ring-a-rosies with the children, was a highlight. I don’t think my life is long enough to catch a Papa-pair to equal Pauly and Hutton at the Deutsche Oper, but this was – in a different mode – a very good second. 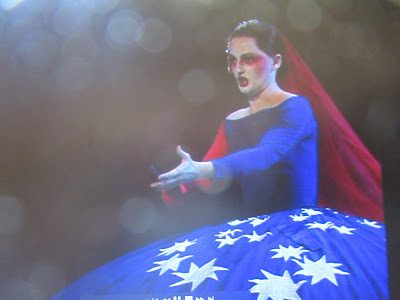 Having said which, Tamino and Papageno really seem, here, to have picked the wrong team. If I were a betting man, I would back this Team Night to beat this Team Temple hands down. And it isn’t just the Team Captains, although Andrea Frei, an Astrafiammante equipped with all the requisite high notes, a butcher’s knife and a splendid starry super-crinoline, looks to have much more power-potential than the tall, soft-grained, light bass Sarastro of Cornelius Hauptmann, in his unattractive primrose Chinese housecoat. 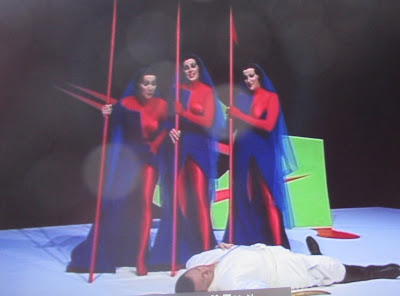 No, it’s the supporting teams. Team Queen has a perfect powerhouse of deputy-queens! Never, ever have I seen and/or heard the Three Ladies played and sung with such success. They look like a mixture of the Beverley Sisters, Lily Savage and the Supremes (whitewashed), and they sing – oh joy! – wonderfully TOGETHER. Elizabeth Whitehouse, Marina Sandel, Nadia Michael … you knock Il Divo or the Three Tenors into next week! A star act. You would make mincemeat of the selection of pale, bald eunuch-looking wimps, in their drab midi-length housecoats, supporting Sarastro. 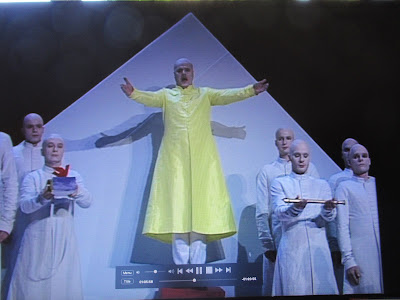 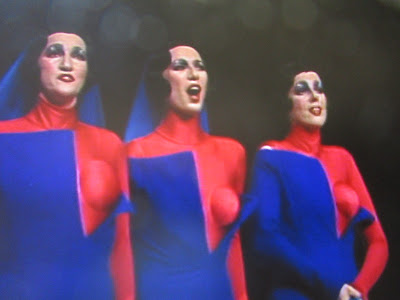 One question, though, ladies: the Singspiel is called the Magic Flute. Why did you give Tamino a recorder?

Which leaves the Drei Knaben (even if one isn’t). I don’t care for boy soprano voices. They seem to invariably teeter on the bottom edge of the note. Not these! Beauties! They sound like fresh young children, not the dreaded Cathedral Chorister of yore … and bang in tune! And having fun! 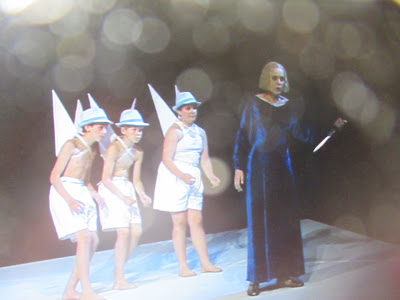 Oh. I’ve forgotten Pamina. Poor Pamina. If she didn’t have the glorious ‘Ach! Ich fühl’s’, the duet with Papageno, and the thrill line of the night (‘Tamiiiiiiiino mein’) she’d be as much of a dramatic cipher as her Mamma. Shickanader clearly wasn’t much good at writing women. But Mozart made up for him. Ulrike Sonntag is Pamina here, and sings her beautiful music with the purity that is the raison d’être of the role, but the camera isn’t always kind to her, her coiffure or her saggy 1930s frock. 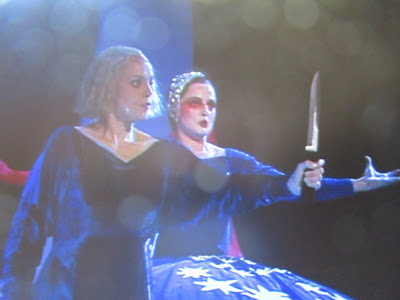 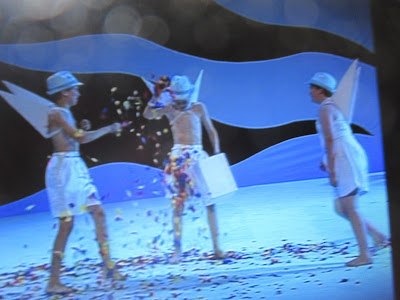 Well, I’ve had a great fun time with this DVD. Thank you Johnny! I shall definitely watch it again, and then send it round my friends … And now I had better get back to the business of publishing your next book (below) … and better than the printing on this. The rather tatty Arthaus Musik booklet does not credit any but the ‘main’ players (and credits 2nd lady differently on cover and in booklet), it holds no information on the singers, and is really an incompetent ‘cheap label’ waste of time. What a let down for a fine disc. 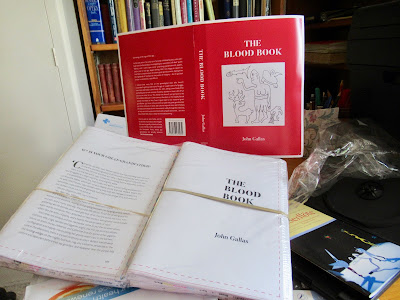 PS I see Ludwigsburg also has a Pumpkin Festival. Maybe we could join that too! 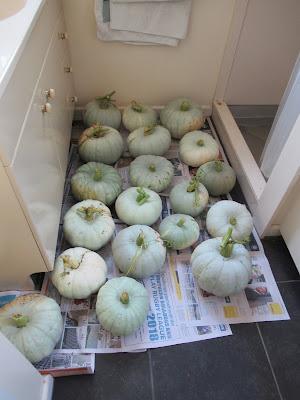