The Dodds of Randwick

Saw this today. Sydney, eh?  Why not investigate, I think ... 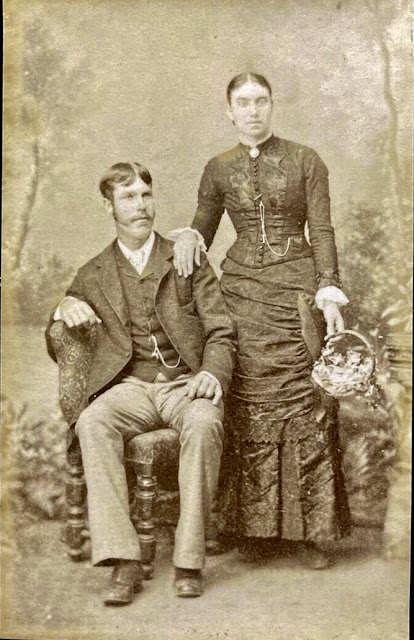 Daniel was born in Leamington, Warwickshire in 1861, the son of an elder Daniel, a labourer in the limepits, and his wife Barbara née Webb. Actually, she wasn't his official wife until Daniel jr was four years-old, but never mind.

Young Daniel also worked in the limepits, until at some stage in the 1880s he upped and off to Australia. There, he married Margaret Doherty in 1888. Margaret may have been locally born, of Irish stock. I know only that she had a sister Jane (Mrs William J Gooch), and a brother Michael ... both of whom lived in New South Wales. Chasing Dohertys is a pretty thankless task..!

It seems that Daniel worked on as a labourer, and later a carter. Margaret bore him six children, five of whom survived. They settled in Young Street, and there they would stay. I see that their home has been Shaynablazed in the 21st century, but it still retains some character, as does the neighbouring no24, into which the family expanded 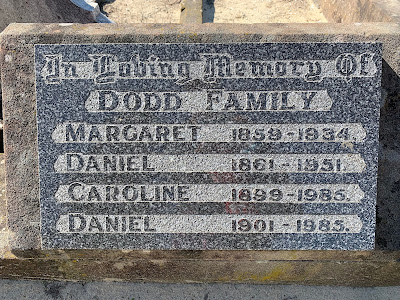 If Annie, Caroline and Daniel had no issue, and I am not sure about Eileen (Mrs Charles J Chiswick), Seymour more than made up for them all. He had two wives, and a whole bunch of children ...
For the record, wife 1 was Matilda Victoria Mills (b 3 October 1880; d 6 March 1920), and three years later Seymour married Eileen Henshaw (d 15 June 1982) daughter of Thomas Henshaw and Eliza Farrell. Their children seem to have included a Peg, a Pat, John, Jean, Betty, Bill  ...
Unable to find more about the Dodd family, I scouted about to try to track down the Dohertys. Well, I found Jane's father-in-law: Charles Bonnet Gooch 'standard-bearer of the Veteran Soldiers Association', d Randwick, 1916) 'who served in the Crimeans and Chinese wars'. And a few graves full of Gooches. But the rest of the family ...?
Ah well, its dusktime ... so I'll change into my restaurant gear and head off for an apéritif ...
Hopefully a Doddlet or two will see this.
Posted by GEROLSTEIN at 11:05 PM