The MIKADO in wartime, THE GEISHA for all time ..

.
In the nineteenth and earl twentieth century, English-language comic operas which appealed to European audiences were rare. Rare, but not unheard of. The greatest of them all, and really in a class of its own, was Sidney Jones's Daly's Theatre piece, The Geisha. The surviving programmes, reviews, recordings and so forth back up history show that it was played almost as much in central Europe as Die lustige Witwe and Die Fledermaus.

Hungary with Sidney Jones unrecognisable under the Hungarian version of his name: 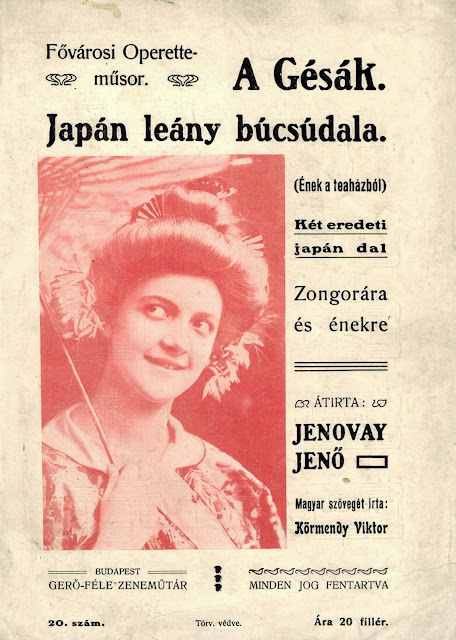 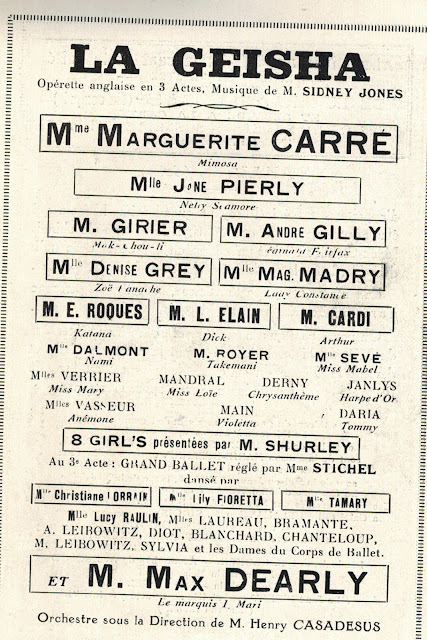 Germany, under the splendid Jose Ferenczy, with Mia Weber in the star role 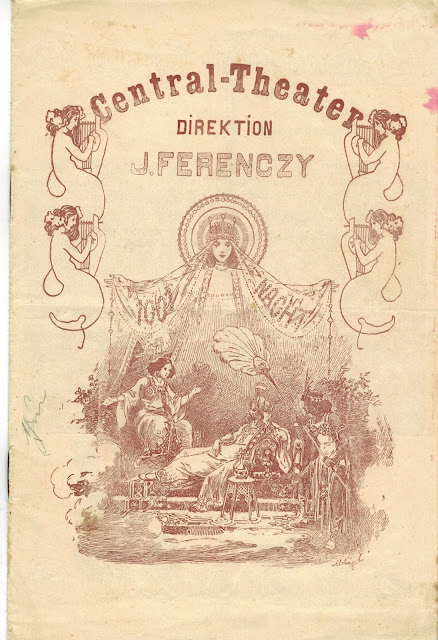 Alas, snobbery (?) has relegated the (non-G&S) British musical of the 1890s to an almost forgotten place. I don't know when The Geisha was given its last professional production. It was horrifically recorded by Hyperion some years back (with an opera diva as Letty Lind!), and less horrifically by yours truly as Hayden Coffin, for the Chappell archive ...

Well, I guess the whole world knows that I prefer the music of The Geisha and A Greek Slave to 90 percent of European operetta of the period. Shame no one has the courage to let them take their chance in the 21st century.

However, I didn't come here to talk about The Geisha. I came to show you today's discovery-in-the-picture box. A 101-year-old theaterzettel from the second-most popular British musical of the last century: Der Mikado. 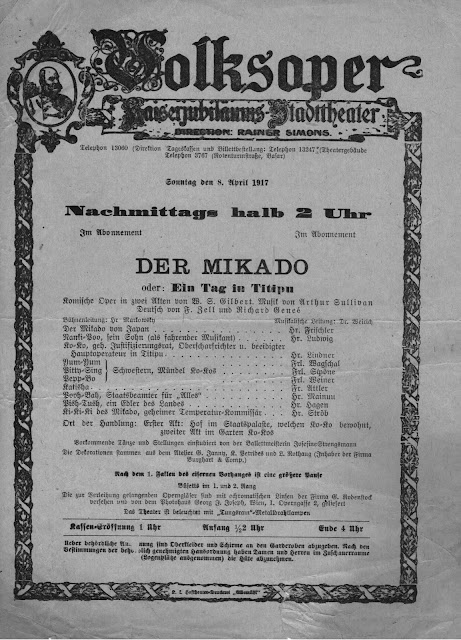 It had, of course, been played in English, German, Hungarian and probably Russian and Albanian already, but ... 1917? Er .... I know this is from Austria, and not Germany (whose composers' works were effectively banned in Britain), but ... well, I guess a bit of oriental fun helped lighten the atmosphere? Of course, in 2017, we have the pathetic look-at-me-racists trying to get heavy. Go on, national operas ... programme The Geisha! Oh! I can just imagine it at the Deutsche Oper ... Brück, Hutton, Stagg, Newlin, Kurucova ...   is anybody listening!