An attention-deficient goldfish in Berlin 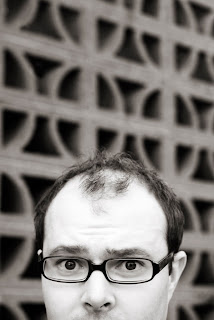 ‘Ah! quelle nuit’ as the famous French song went, à propos of something completely different…
My second night out in Berlin, and it rendered absolutely nothing to the first.
In fact, it was a direct consequence of the first.
At sometime, during our small-hours revelry, Hannes suggested that we all come on the morrow to the tent (!!?) where he had recently been working, to look at a terrific new act. Yay! I am ready to say ‘yes’ to anything here. What was the act? An Australian singer-songwriter, by name Montmorensy, accompanied by a string quintet. Oh. yay. I come all the way from New Zealand to hear an Australian? yay. But I am ready to say ‘yes’ to anything here.
So, come the evening, we rolled up to the ‘tent’ in question. It is called the Bar jeder Vernunft (it took half an hour for me to understand the double meaning of this name, so I wont try to explain) and to call it a tent is like calling Michael Schumacher a motorist. It’s the sort of pleasure pavilion that one imagines in the Babylonian or the French empire, lined with endless warmly glowing mirrors and a bevy of reflections of reflected lights, stuffed with small tables and intimate chairs: a 220-seater bar-restaurant-venue of splendidly tongue-in-cheek outrageousness which has in its time (1994) famously hosted a production of White Horse Inn.

We were led to a front table (my knees were touching the platform), rolled out the soave and waited ...


Two violins, a viola, a ‘cello and ... a horn. Not quite a string quintet, but a real proper-instrumental quintet. Fascinating. A laddie with frizzy hair. Surely that’s not him. No, he’s Damian, the back-up, along with a handsome dark lady. Fiora.
Here he is. Little, bespectacled, cherubic, cuddly-looking, a shy and maybe diffident smile. You have an urge to ruffle his hair. Seriously cute, even though it’s apparently Damian who was voted the sexiest backup singer in town in the gay press.
But, hey, I’m not here for that sort of appreciation. I’m hear to listen to words and music, to enjoy, and of course, from the force of more than thirty years of habit, to deliver my thoroughly serious and practical professional opinion.
A deep breath. Because my seriously professional past tells me that, for 99 out of 100
acts seen, that opinion is at best mitigated.
You know after less than half a song that Montmorensy belongs unchallengedly to the favoured one percent. This man with the endearing, come-into-my-confidence personality is, in the nicest meaning of the word, exceedingly clever. He’s a proper musician, not a key thwacker, unlike so many ‘entertainers’ he sings perfectly and effortlessly in tune, and his songwords and subjects are imaginative, zany, smart, and I have to use the word again, endearing, with a little special Montmorensian flavour all of their own. A sort of mixture of passion fruit, lychee and lime. With bubbles.
As one song follows another – a ‘Little Cloud’ song dedicated to Julie Andrews, the tragic cantata ‘Grass in Antarctica’, the delicious Nana waltz, a paean to a dishy German filmstar – you think, ‘oh I like that one best’ only to come round after the following one with ‘oh no, I like that one best…’
‘Wait’, whispers Hannes, ‘wait for the Goldfish’.
Goldfish? I’m like a goldfish, sitting at my ringside seat literally staring out the star of the evening with my mouth, at least figuratively, gaping. I can’t remember seeing an act as delicious as this since.. since .. well, since forever. I and my unreliable ears don’t want to miss a word. English, German or Australian. 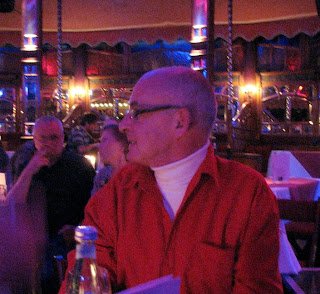 We don’t get the Goldfish until part two. But Hannes is right. It is a perfect gem, this plaint of a little poisson rouge with an attention span of just three seconds which leads him into a serious identity crisis, a crisis which even pasting polaroid pictures of himself around the inside of his bowl (or is it a dish?) does nothing to dissolve. I filched the lyric sheet for the song, which was momentarily left close to the edge of the platform, so that I could quote it here. But I don’t need to. Montmorensy is not by any means unknown. Under his stage name and his real name (Paul Hankinson) he can be found on dozens of You tube items. The Goldfish in all its frenetically gurgling glory can be heard at:

I think it’s the funniest new song I’ve hear since… since… but seeing Montmorensy deliver it live adds the finishing touch.
Complaints? Ummmm. Come on Kurt, there have to be some. There are always some. Well, one song was apparently a parody, but since I didn’t know the original on which it was a parody, I missed the joke. But the others didn’t. Another piece,
I wasn’t wholly sure if it were parody or serious. But serious isn’t Montmorensy’s speciality, so… Come on Kurt, something that’s his fault, not your own. OK. One number too many. Never take an umpteenth encore when the bladderful audience are on their ways to the door. Even when you’ve earned it. Encores are a serious art. But when you have as much art and as many arts as this young man, what’s one less? Phew. I thought I was getting seriously soft.
The evening ended, 220 bladders were duly emptied, and we curled up at our table with a little more soave. Vera-Ellen didn’t get a look in tonight, for our star joined us. And the evening which was now the night flowed on. Oliver and I had almost finished exchanging life stories when one o’clock struck (again! what am I doing?) and our carriage awaited in the spring drizzle… 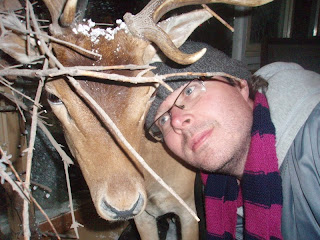 Montmorensy. Someone needs to take him up. Make a society star of him. There has to be a sophisticated night-spot somewhere in the most highly civilised part of the world where he and his material could become all the rage. I wish I were still in a position to set a wheel in motion, but my day is past … come on you young fellows with a few million to invest. Make a star. There’s a very special potential one waiting here in Berlin 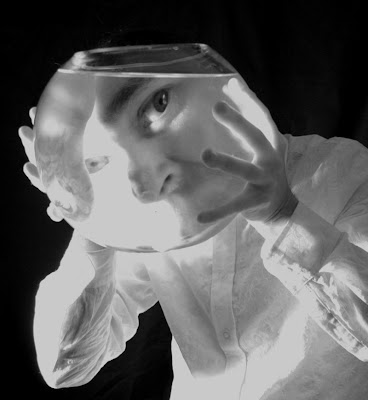 PS Ten years later: yes, it was  REAL coup de foudre. That hugely talented man has been now, for a number of years, my ... oh, what do you call it?  Well, does best-beloved fill the bill?
Posted by GEROLSTEIN at 3:54 AM