Oh my Willie! or, Memories of the Broadway Theatre ...

.
Just a few nice bits that I've picked up in the last weeks ...

All of us who diligently researched and wrote biographical books in the years before the Internet made knowledge (real and false) so much more attainable, have to suffer the sigh-storms that come with finding extra material and even occasionally (horror!) corrections in this day and age. This week, my blog led me to a lady in America whose husband is a great-great-grandson of my beloved Willie Gill. And guess what -- yes, it actually happens in real life -- they have found an old suitcase in the attic ... I don't know whether to exult or to weep, I just know I want to re-do my book! And I very well may!

Of course, as a result, I've thought a lot about dear old Willie -- the largely-forgotten author of Broadway's biggest C19th hit musical -- in these last days. And a few Willie-related bits have even surfaced on ebay ... 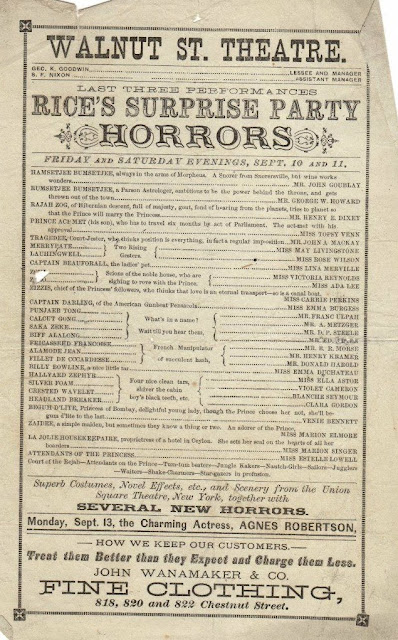 This playbill is not from Horrors year-one. The cast was even more rich then! The great Willie Edouin and his delicious wife, Alice Atherton, William A Mestayer, Louis (brother of Alice) Harrison, the Thompson troupe's Ella Chapman (undoubtedly with her ubiquitous banjo) ... and look! Here are photos of two original cast ladies 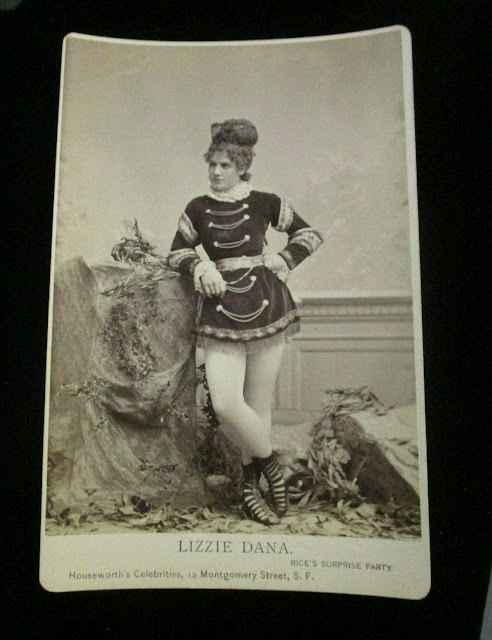 Lizzie Dana had a 'thinking' role. But she 'thought' for several years, sometimes alongside younger sister Rose, who went on to play Iolanthe, Lady Angela, Kate Stanley et al .. 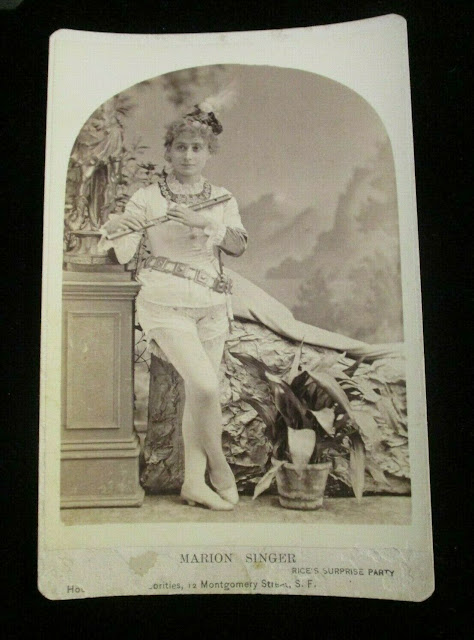 Marion Singer had a little more to do as The Jolie Housekeepaire ...

Another member of the original cast was Donald Harrold. I suspect he may have been brother to another Rice starlet, Lizzie Harrold .. 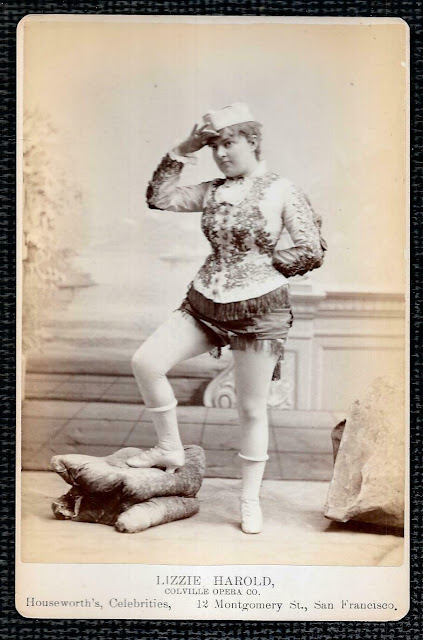 They were the children of a Pennsylvania Irish blast furnace founder, the eldest of whom, Maggie Harrold (1850-1907) had a neat career before becoming Mrs William Davidge II and a mother. Mpothethood was the death of her. She died 'of shock' after hearing of the arrest other son. Lizzie (b 1854) went on the stage in 1876, and featured with the Rice organisation, in Evangeline, before becoming the wife of William J Comley, producer and publisher. His efforts to promote her as a star were only mildly successful. She played in another written-to-order Willie piece, A Royal Tramp, in 1889. It sank. Mr Comley committed suicide in 1910. Elizabeth [Harriet] Harrold-Comley had two daughters and a son, and seems to have spent a lot of pains chopping a decade off her age. She died 19 March 1920. 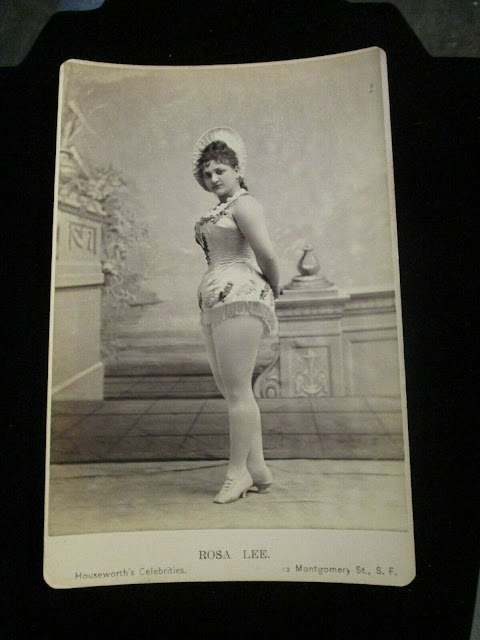 This is Rosa Lee. I wrote a lovely wee biog of Rosa last year. It has been swallowed by my computer crash. But I can tell you that Rosa was not just a pair of legs. She was a trained opera singer. And Rice was far from the only one to feature her. Nor Houseworth the only one  to photograph her.

Oh dear, this was supposed to be just a wee post to 'save' some nice pictures. Well, here goes! After Willie, my favourite 'American' person is another (of course)  unfairly forgotten man: Adolf Philipp. The originator of the style of show which has been hi-jacked by the more facile 'historians' of the American musical and credited to BoltonWodehouse'n'Kern and the Princess Theater. How great to find two photos of perhaps not his most successful show, The Girl Who Smiles ... 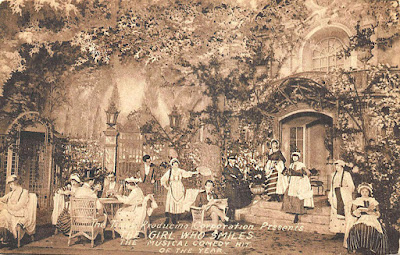 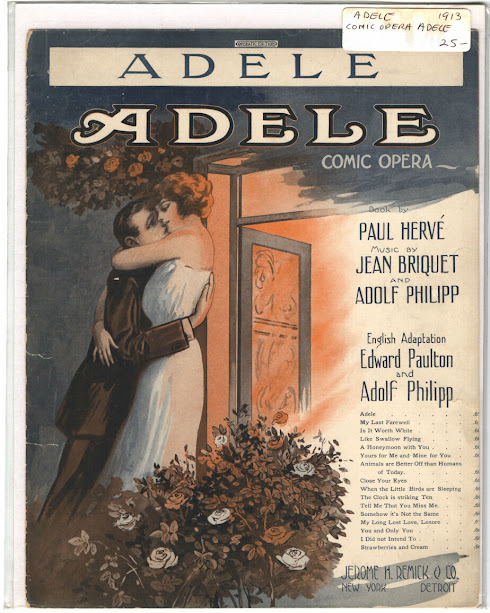 Oh well. One can only try! Once fake history has been put in place .....

And to end up, here are some pix from run-of-the-mill musicals of those splendid theatrical years of last century .. 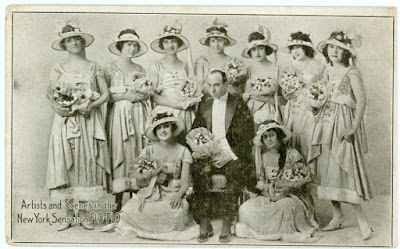 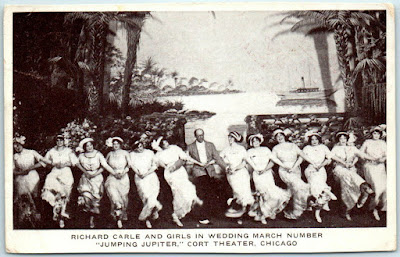 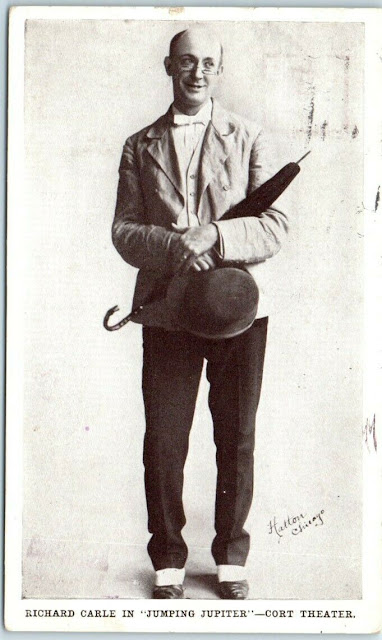 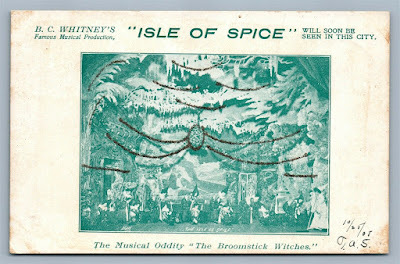 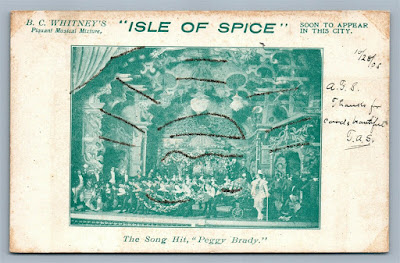 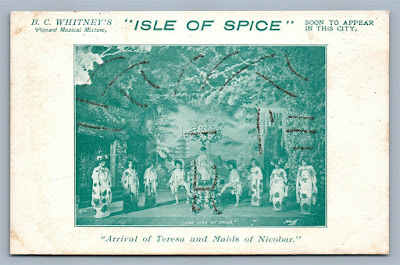 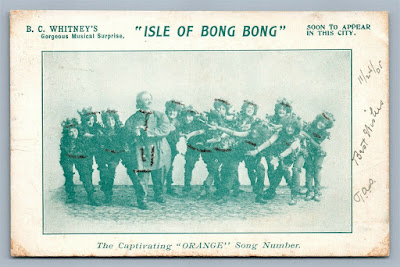 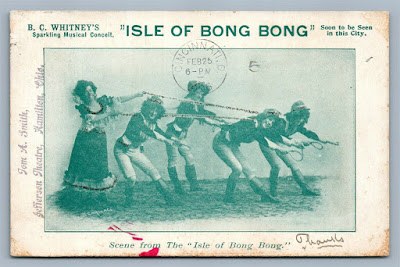 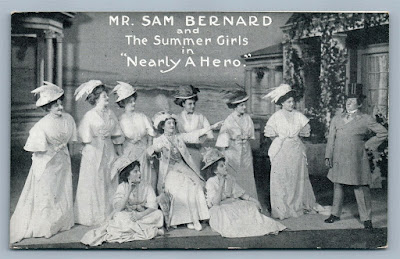 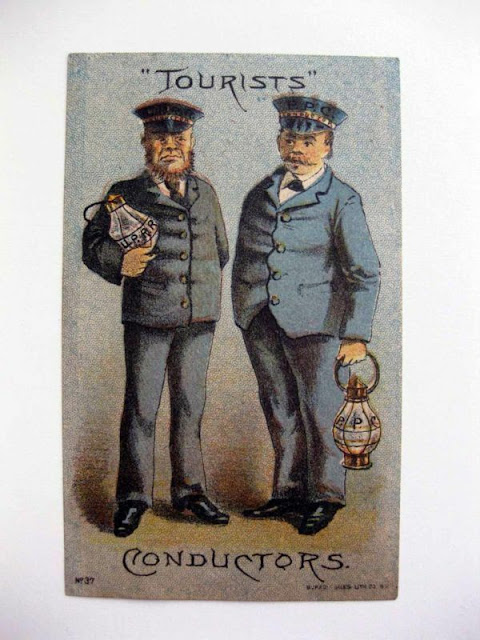 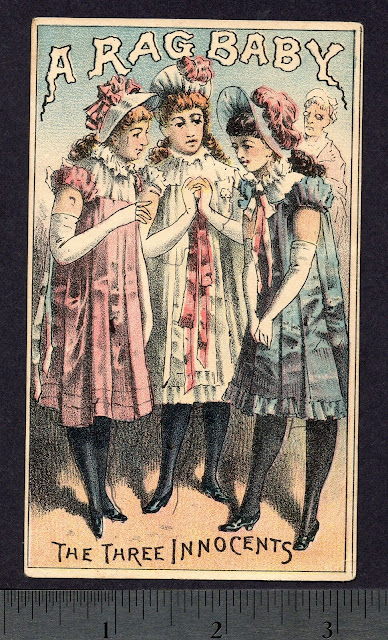 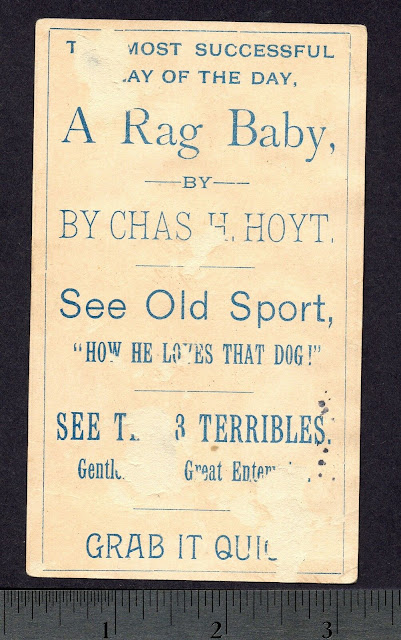 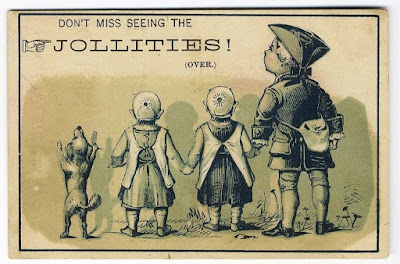 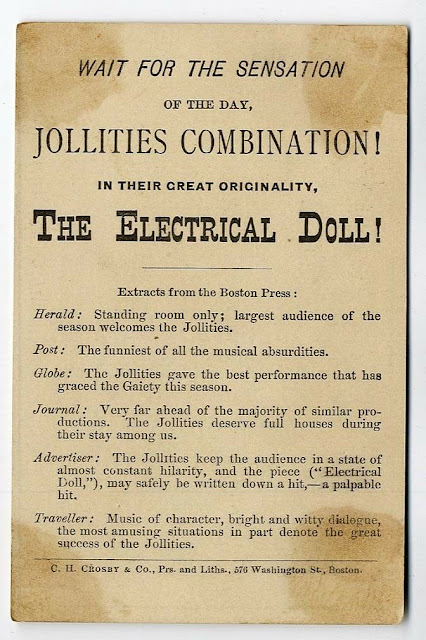 Advertising cards for some of long-touring farce comedies of the nineteenth century ... and one, more discreet one .. what seems to have been an adaptation of La Poupée de Nuremberg put together, with a pasticcio score of comic opera hits, for local girl Miss Bessie Louise King by Benjamin E Woolf of Boston. She trouped it for several seasons through Sheboygan Wisc, Appleton, Green Bay, Pesthigo, Marinette, Oconto, New London ... with a support team of four ... and in between headlined Moss's [Boston Operatic] Minstrels ... 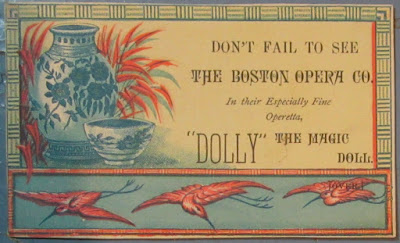 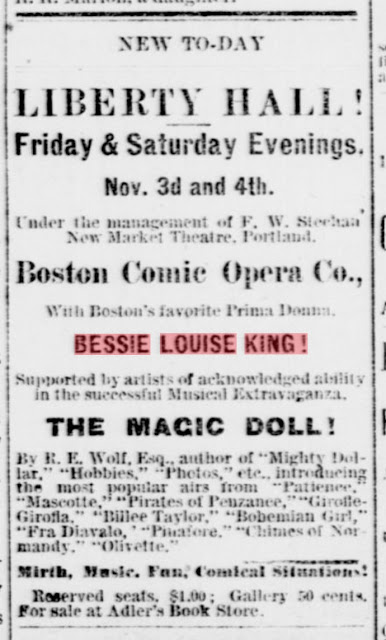 Bessie Louise (1855- ), 'late of the Corinne Merrymakers', went on to a long career as a soprano in comic opera and in vaudeville (I see her, still, performing in variety, in 1914, billed as 'the Irish prima donna', doing 'Swanee', 'Il Trovatore', 'classic statuary' and comedy patter), during which career she appeared as Miranda Maple in Willie's musical Bluff (1885), alongside female impersonator Charles Heywood.

My tirelessly researching colleague, Betsy, tells me that Bessie Louise married or 'married' American gymnast/acrobat/trapezist Frank Perez, and they can be seen in the 1900 census of Kansas City, with their children Joseph (b 1897) and Minnie Louise (b 1899). Frank is seemingly still doing his 'novelty aerial act of surprises' in 1922 ... 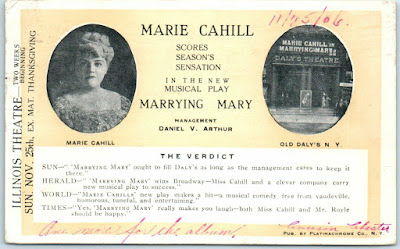